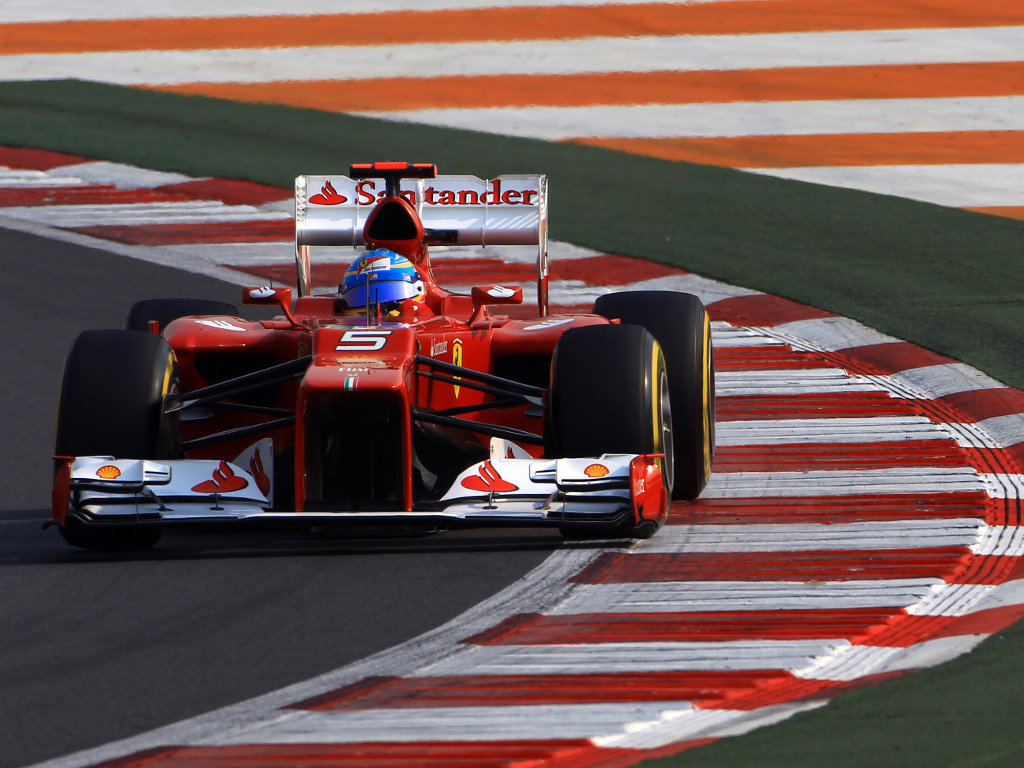 Fernando Alonso is adamant he’s “very optimistic” about his chances of claiming this year’s World title despite Ferrari lacking a race winning car.

Outshone by the Red Bulls in India this past weekend, Alonso minimised the damage from his under-performing Ferrari by claiming second place behind Sebastian Vettel.

However, Vettel’s fourth successive victory – and the third in a row in which he has led every lap – means the gap in the Championship is now up to 13 points in the reigning World Champion’s favour.

“We know that we need to improve. We are not fast enough, especially on Saturdays, as I said, but hopefully we can improve the situation in Abu Dhabi or in USA.

“Still many points on the table and I’m still very optimistic.”

Alonso, though, concedes that at present – even giving 120 percent every single lap of the grand prix – he does not have a winning car.

“We can fight the Red Bulls, but at the moment, we still don’t have a car capable of winning.

“Once again this year we have seen that, in the race, the situation is much better than in qualifying.

“A great start, a great first lap, a good top speed and the right tyre management produced, along with me driving at 120 percent for each of the sixty race laps, this second place.

“We did what we could, as at every race – and if, come the end of the Championship we will have won, then no one will be able to say it was down to mistakes from the others, but because we always did the maximum.”

Pressed as to what Ferrari need to go to give themselves a fighting chance against Red Bull, Alonso urged his team to upgrade their package as that would at least allow them to close the gap at the next race in Abu Dhabi.

“I think we need to bring some new parts to Abu Dhabi, hopefully improve a little bit more then competitiveness of the car, try to be a little bit closer to Red Bulls on Saturday and hopefully on Sunday as well.

“Obviously three races remaining; Championship is the main target so we need to recover some points and will be nice to finish in front of Sebastian in Abu Dhabi, whatever the position it is.

“And if we can win the race it will be even better – but for that we need to make a step forward. At the moment we are not able to win.”