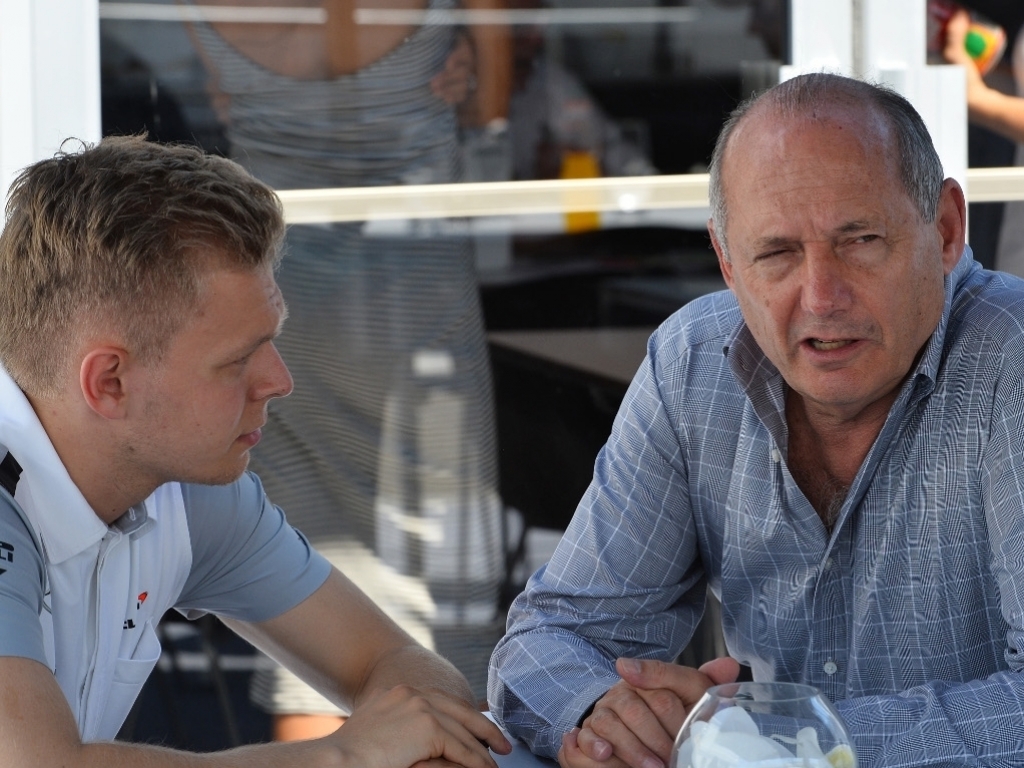 Ron Dennis has explained McLaren's decision to drop Kevin Magnussen, saying there is "no space" for Dane who "deserves" to be racing in F1.

Earlier this week reports emerged claiming that Magnussen and McLaren would part ways at the end of this season.

With Jenson Button and Fernando Alonso taking the 2016 race-seats and Magnussen keen to return to racing, McLaren reportedly opted not to renew his contract.

That has now been confirmed by CEO Dennis, who feels the Dane should be racing in Formula 1 but that McLaren are not in the position to accommodate him at present.

Dennis said in a statement: "Kevin has always done a very impressive and professional job for McLaren in the five years since he joined our Young Driver Programme in 2010.

"In 2014 he raced very well alongside Jenson, who is a hugely experienced and very quick World Champion. Kevin's grand prix debut in Melbourne last year was rewarded with a podium that day that he, and we, can be justifiably proud of.

"Kevin has continued to work hard for us in 2015, supporting Fernando and Jenson, although he was understandably frustrated not to be racing.

"He is extremely keen to return to racing next year, and, in keeping with our tradition with our young drivers, we will not stand in the way of his ability to fulfil his ambition and potential.

"He is a very talented racing driver, and he deserves to have a Formula 1 career, as Jenson has publicly said.

"Evidently, we have no space for him at McLaren-Honda as a race driver next year, but there is no shame in being edged out by two World Champions, Fernando and Jenson."

He added: "We wish Kevin well, and will do all we can to help him successfully embark on the next chapter of his racing career."

Having initially been linked to a move to Haas, Magnussen is now believed to be in the frame for Lotus' second race-seat for the 2016 season.