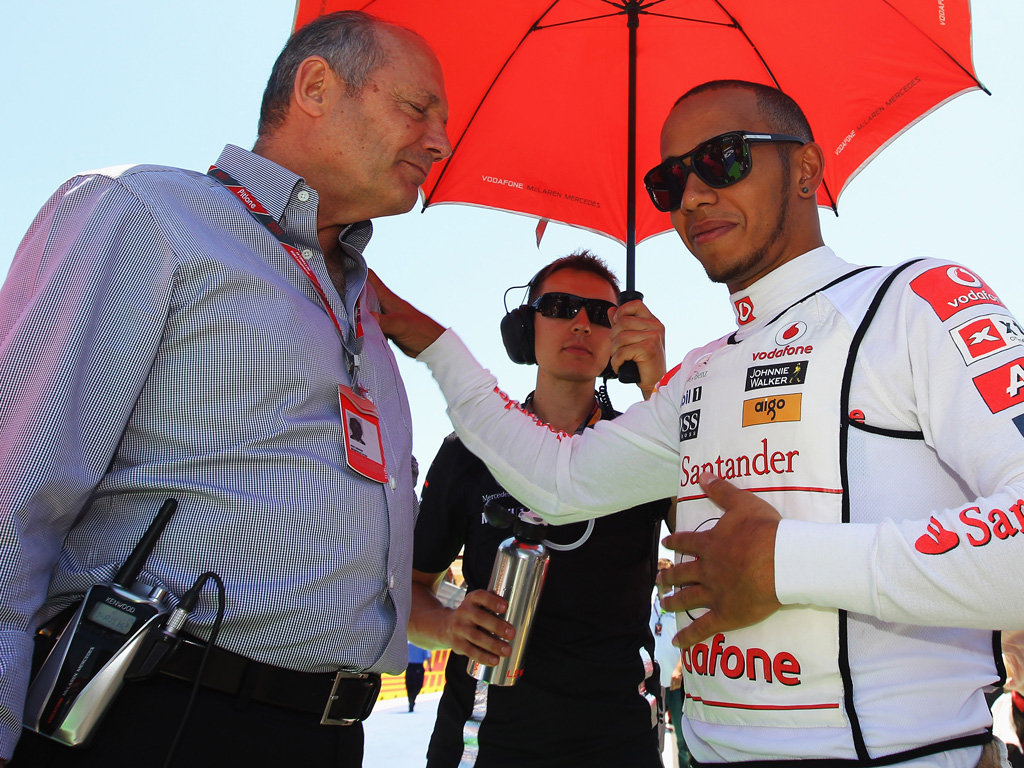 Ron Dennis has refuted suggestions that his relationship with Lewis Hamilton is on the rocks following the Brit’s decision to leave McLaren.

Mentored by the Brit and the Woking team, Hamilton made his F1 debut with McLaren in 2007 and went on to win the Drivers’ Championship a year later.

However, two months ago it was confirmed that Hamilton would be heading to Mercedes next season having signed a three-year deal with the German outfit.

At the time Hamilton revealed that he had not spoken with Dennis about his decision. This went on for several weeks prompting speculation that their relationship had completely deteriorated.

Dennis, though, insists all is well on the personal front.

“Obviously the media thinks there’s some issue between Lewis and I – there’s absolutely no issue between us,” the 65-year-old told Sky Sports F1..

As for why the executive chairman of McLaren believes Hamilton is moving on, he hinted that sponsorship issues – which are believed to relate to both the meet and greet side and the selling of space on the racing suit – played a role.

“Sometimes the circumstances in a relationship don’t balance, don’t match.

“We’re a team that requires a lot out of a driver and if some other team is able to make a more attractive proposition in any shape or form then it’s understandable that your driver’s going to move.

“But if you look back on our history, our team is, without being too pretentious about our team, it is bigger than any driver.

“We’ve had Ayrton [Senna] of course and [Alain] Prost, Niki [Lauda], Mika [Hakkinen], Keke [Rosberg], we’ve had a hell of a lot of World Championships over the year and we’re going to have World Champions in the future.

“It’s important that everybody in the team is there for the right reasons, is focused, is determined to win and determined to make all sacrifices that are necessary to win.

“In our team that doesn’t just extend to physical condition, medical condition, it also relates to how much work we have to do in and out of the car and not everybody has those sorts of issues.”

Dennis added that he wishes Hamilton all the best for his future.

“I wish Lewis really, really well. He’s been nurtured well through his career and I feel none of the emotions that attribute to me. I am completely relaxed, I am not upset.

“Of course you think of the good times shared. We’re a racing team that exists to win and that requires, as I said, a whole range of sacrifices and as I said some other teams don’t have that requirement.

“But in the end we’ll win races next year and into the future and, I hope, World Championships.”