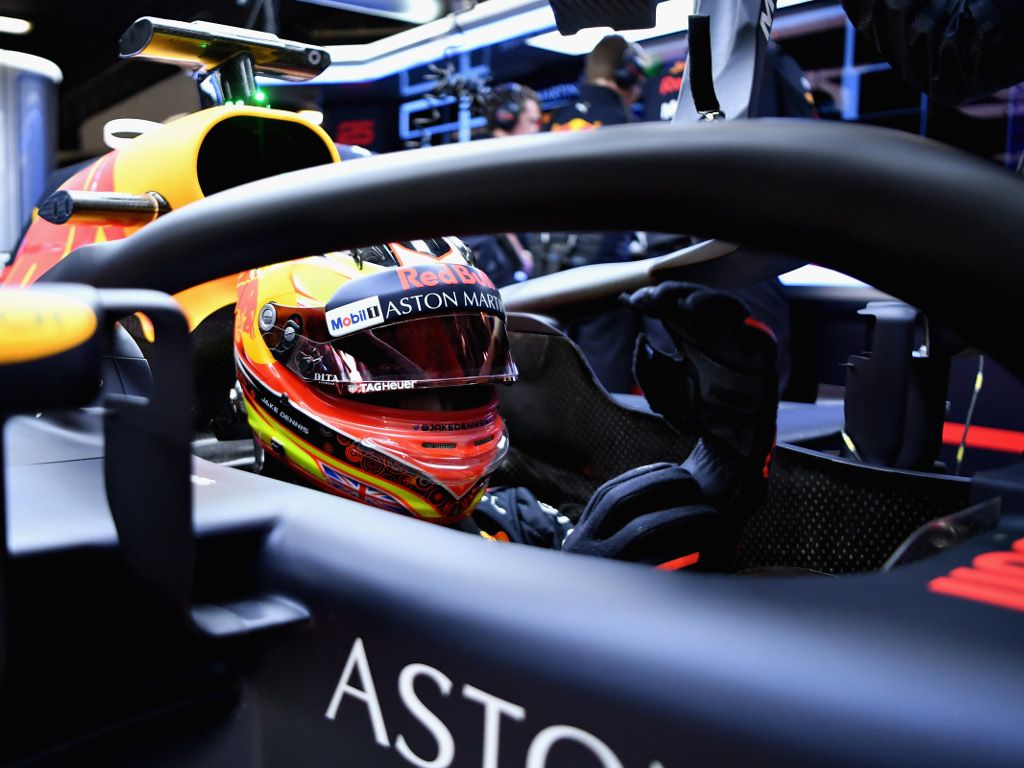 From GT to Formula 1, Jake Dennis says his Red Bull run in Wednesday’s Spanish test was a “big step up.”

Dennis was a surprise call-up for the Red Bull test as he took over from Max Verstappen for Day Two of the first in-season test.

“My first day in the RB14 went really well.

“Obviously it’s a big step up from what I’m used to in GT racing but I got used to the speed and the grip quite quickly and we managed to get through the whole run plan in the end.

“The morning session went pretty smoothly and then in the afternoon I managed to get quite a few laps under my belt, which was good.

“It was nice to change a few things to give me a proper representation of the difference between the simulator and real life.

“So we have a few things to work on back in Milton Keynes to help Max and Daniel and make it even more realistic for them.

“But overall, super happy, a big thanks to the team for giving me the opportunity, and hopefully I’ll be back in the RB14 soon!”