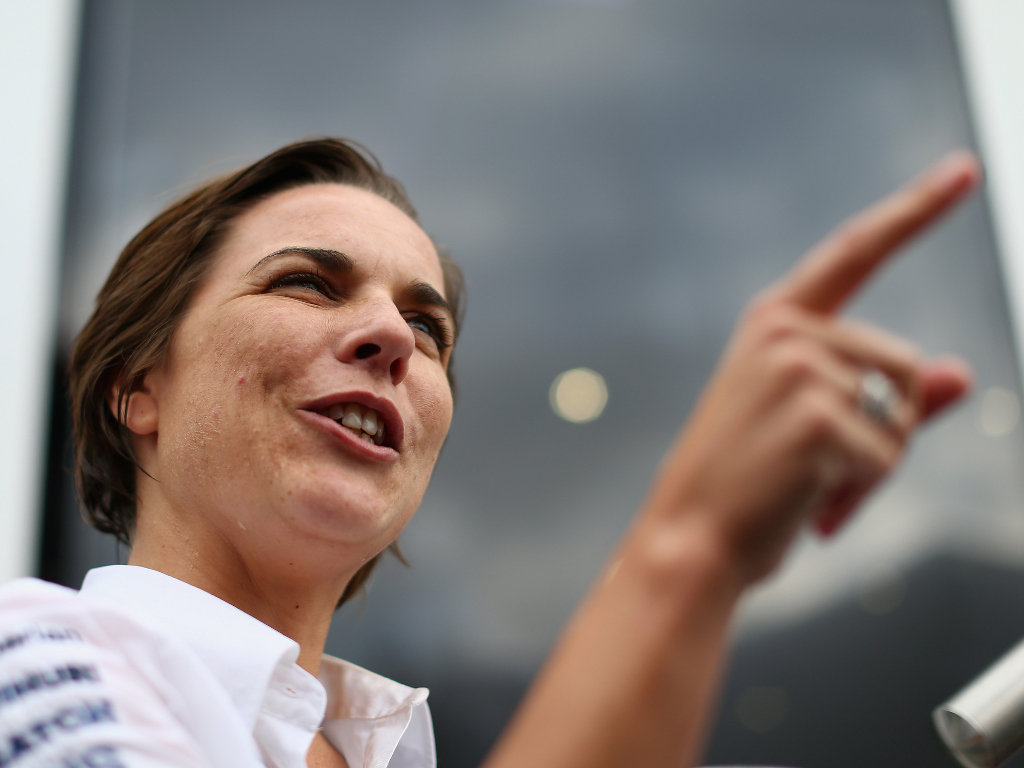 Although Claire Williams is celebrating a job well begun, she admits that the “hardest piece of work” is yet to come.

After years in the doldrums, which culminated in just five points scored in 2013, Williams showed rejuvenated form this past season.

Recording 320 points and nine podium finishes, which included a double at the season-ending Abu Dhabi GP, the team went from ninth to third in the Championship. That put them ahead of old rivals Ferrari and McLaren.

“It feels like a new Williams,” deputy team principal Williams said in interview with Reuters.

But despite having cause for celebration, the 38-year-old says the job is not yet done.

“It’s the next step that’s going to be the hardest piece of work.

“Next year it’s got to be making that step up and closing the gap to Mercedes… winning races and taking the fight to them.

“It’s down to us to challenge them and to take victories away from them. And that’s really what we want to do. And not to do it flukily, but because we’ve got the competitive advantage.”