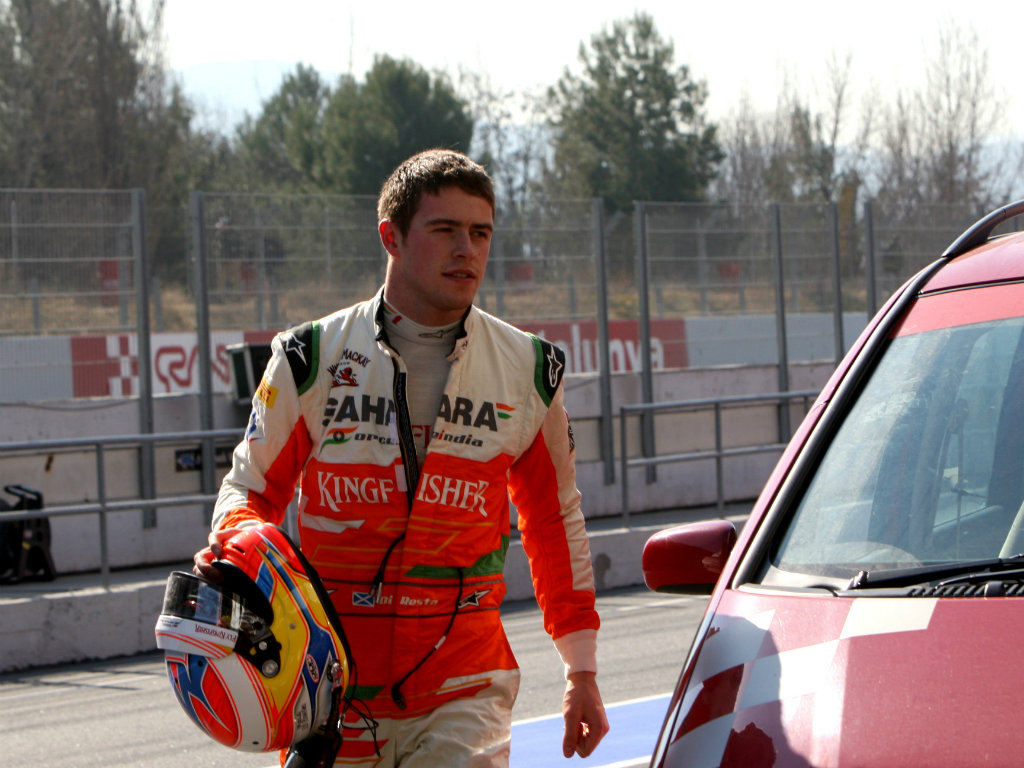 Paul di Resta shrugged off an early error to set the third fastest time on the final day at Barcelona.

The Force India driver was in action on days three and four of the Spanish test, during which he put some useful miles on his new VJM05.

It could, however, have been a lot different when the 25-year-old made a small mistake during the morning’s session.

That error sent him into the gravel trap where luckily the only thing he lost was about half an hour of track time as his team checked to make sure the car was okay.

“It was another successful day and a good way to end the week,” said the Scot.

“I had a small trip through the gravel in the morning, but nothing that caused too much of an issue, although we lost half an hour of running.

“The important thing is that we still managed to do our long runs in the afternoon and I could feel the changes we made compared to yesterday.

“It’s given me a good impression of the car’s balance and consistency, and we’ve seen that our long run pace is improving step by step.”