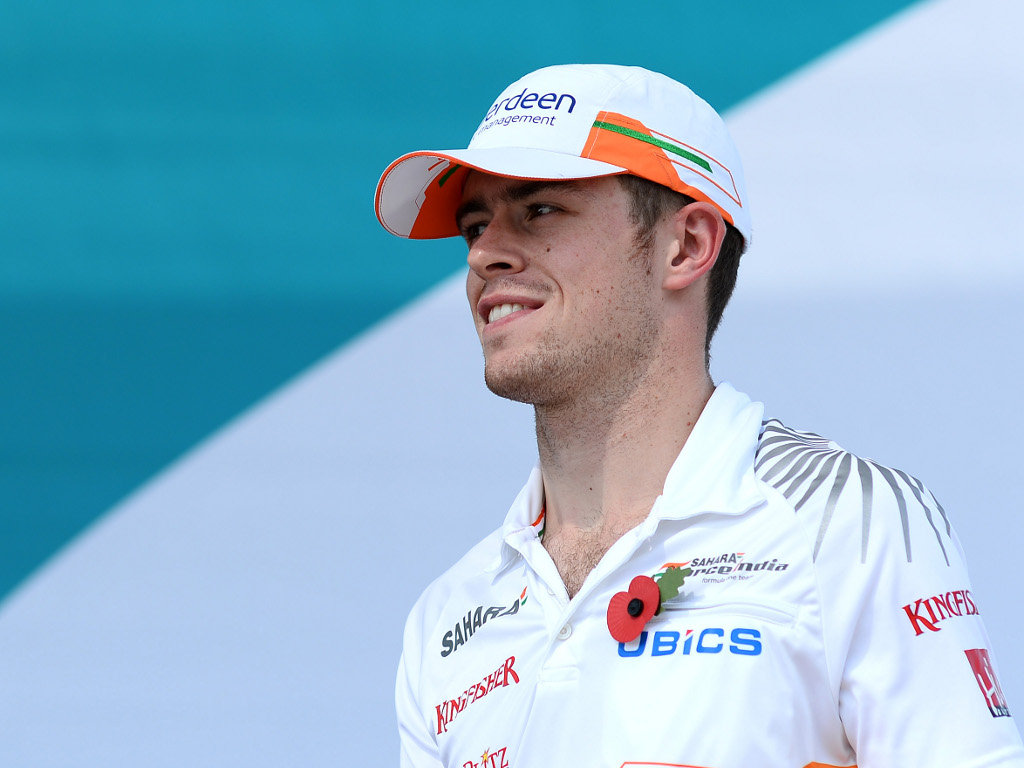 Paul Di Resta hinted heavily on Saturday that he is looking at his options for a seat outside Formula One as the drivers’ market for 2014 remained in flux.

Scot Di Resta of Force India faces fierce competition to keep his job with the Silverstone-based outfit from a host of rival drivers including former team-mate German Nico Hulkenberg, who looks set to leave Sauber.

Di Resta, who has no substantial sponsorship package, admitted that he is interested in exploring other options, including possibly replacing newly-retired cousin and fellow-Scot Dario Franchitti in IndyCar racing in the United States.

He said: “I would discuss it with Dario… But, I think I’m still in the running for a seat here at Force India, or at least I’d like to think I am.

“So my primary objective is to stay in F1, but more importantly to stay driving. I have a lot to offer, I’m still young.

“I have a lot of fire in me. I have won championships and I will continue to win races I hope.”

He said he is not enjoying being in his current position.

“To find yourself in difficulties is quite hard to accept, but I have to understand where F1 is at the moment, in the midfield as well… Yes, it’s tough.”

In contrast, his German team-mate Adrian Sutil has made it clear he feels confident of staying at Force India next year.

“I know where I’ll be,” he said. But he declined to name the team -leaving his choice open to speculation.

Both current drivers know they face competition from Venezuelan Pastor Maldonado, who has a sponsorship package worth 35 million euros ($47.5m) to take with him now that he is leaving Williams.