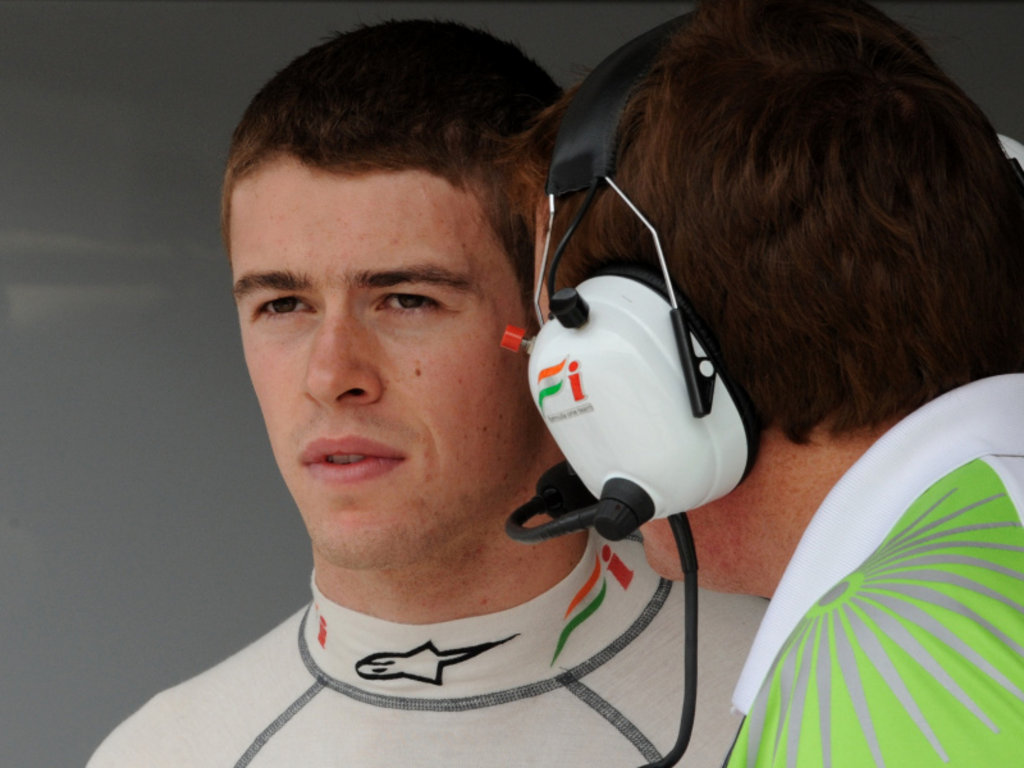 Paul di Resta has defended Force India’s decision not to run in Q3, saying it is their best strategy to secure points on a Sunday…

Paul di Resta has defended Force India’s decision not to run in Q3, saying it is their best strategy to secure points on a Sunday.

In the last four grands prix, every Q3 session – the top-ten shoot-out – has seen at least one driver or more opt not to run.

In Japan and Singpare, though, that number was up to four and three respectively, leading to wide-spread criticism of teams ruining the spectacle for fans attending qualifying sessions.

Force India is one such team with both di Resta and Adrian Sutil making it through into the top ten in Singapore and Korea but opting not to post times.

Di Resta, though, says electing not to run in Q3 is sometimes the best strategy midfield teams can use in their bid to fight for points.

“Take the Japanese GP for example – Force India I believe did 13 laps in qualifying, and Red Bull Racing did eight and were on pole,” the Scot told Autosport.

“Now, the number of laps tells you what we need to do to get through. The quick teams do not need to use a set of soft tyres to get through Q1.

“To me, that is the advantage they have got, although they are obviously doing a better job with the car. So already there is a compromise you have got from the start.

“With the race strategies, the middle teams are always having to do a stop less because you cannot get yourself clear of all the traffic, whereas they (the top teams) are quick enough to clear it.

“They are able to do more stops, be more aggressive, and their qualifying performance is better. It is a roller ball. You cannot get yourself out of it.

“The only way to get out of it, is to find one second in performance. It means you can go ultra aggressive with cambers, and you can then always clear the traffic. But when you are right on the cusp of it, you cannot get yourself out of it.”

He added that even if teams like Force India did run in Q3 that is what the viewing public is general is wanting to watch.

“At the end of the day, you are not going to watch the likes of us at Force India qualifying eighth. You will see whoever it is battling for pole – whether it is Lewis Hamilton, Sebastian Vettel, Jenson Button, or Fernando Alonso.

“However, us not running puts us in a stronger position to fight with them in the race, so I don’t see why there is a big thing behind it.

“There is a whole world of people working in this industry in F1. They have some specialities and they are doing the best at what they are doing, and different strategies apply to F1 – like we used to see with different fuel loads.

“Equally, when you started 11th you could have a free chance to be ultra aggressive and have a go at a quicker car than you, as the people quicker than you were compromised. They never knew who their next competitor was going to be.”