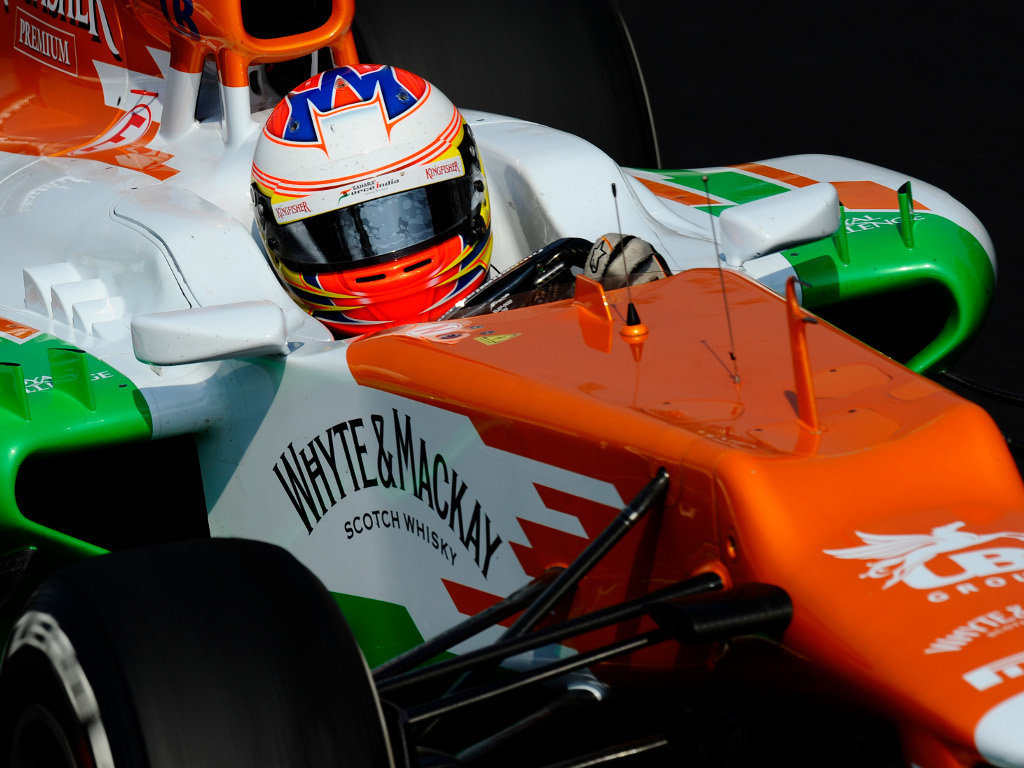 Paul di Resta and the rest of the Force India team had plenty to celebrate about on Sunday evening after the Scot’s brilliant display in Singapore.

Having started sixth on the grid, the 26-year-old put in one of his best drivers in his relatively young F1 career to finish a career-best fourth behind race winner Sebastian Vettel, Jenson Button and Fernando Alonso.

What was probably even more impressive was the fact that he kept Ferrari driver Alonso honest during the latter stages of the race.

The 12 points he picked up also helped Force India to open a handy 21-point gap over their nearest rivals Williams.

“To get a good start and maintain position and then just at the end to push a Ferrari who’s pushing for the Championship is brilliant for us,” Di Resta said.

“Our nearest rivals didn’t score so it’s really special for us and we’ll enjoy it tonight. The concentration is the most difficult thing at this race and I try to focus and make sure I’m in the best physical shape to drive my car. This is my own journey but with people’s help it could get even better.”

The Scot has been linked with a move to Mercedes in recent months, but for now he is just focusing on improving with Force India.

“I’ve always said I want to win races,” he added. “Today’s been a great result but I do want to go forward and hopefully we can before the end of the season.”