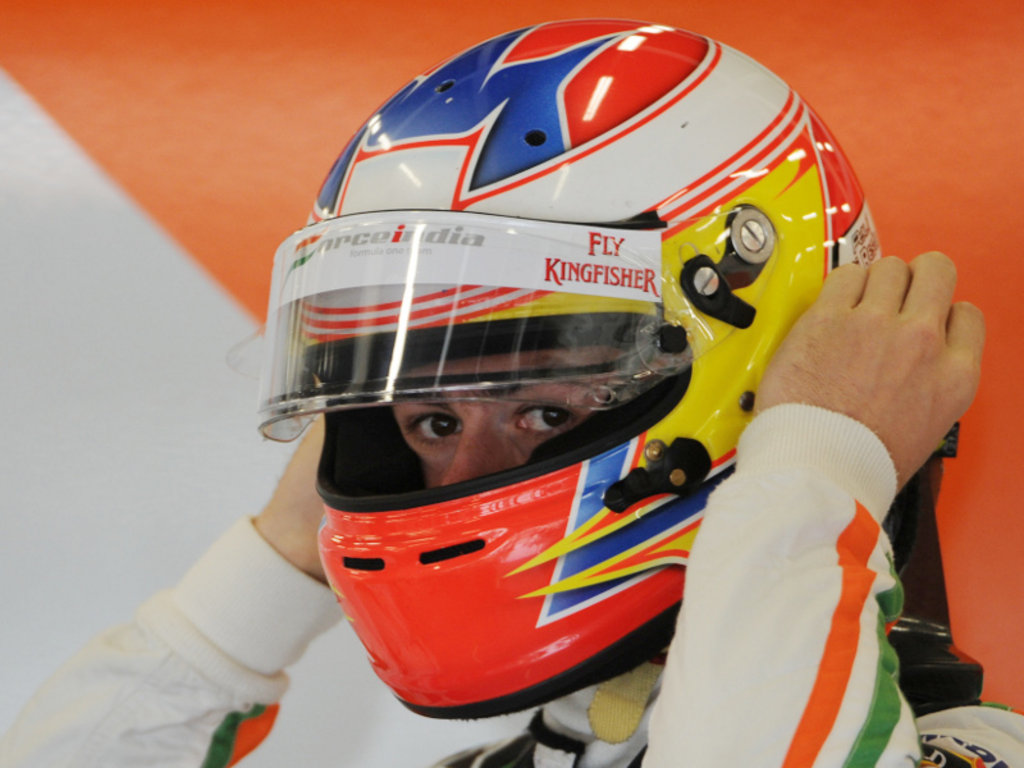 Force India driver Paul di Resta admits he will be stepping into the unknown during the final six races of the season.

With the European season over, it’s only the flyaway races – Singapore, Japan, Korea, India, Abu Dhabi and Brazil – remaining on the 2011 Formula One calendar.

While Di Resta was familiar with some of the European tracks from his Formula Three Euroseries and DTM days, it will be new experience when he heads to Asia and South America.

“I’ve not done any of the tracks coming up, apart from Abu Dhabi where I did a test at the end of last year,” he said.

“So I’m not going to go to any track thinking it will be easy, not in this world, this environment.

“All I can do is go to these places as best prepared as I can be.”

Di Resta and team-mate Adrian Sutil have made way for reserve Nico Hulkenberg for the odd practice session this season, but the Scot says he wants to spend as much time as possible behind the wheel.

“I’ll be in every practice that I’ve not driven before,” confirmed Di Resta.

“I’m not going to miss any, which is good, a bit of a relief. But I always knew it was going to be that way at the start of the year.”

Force India, who have set their sights on sixth place in the Constructors’ Championship, picked up four points at the Italian GP thanks to Di Resta’s eighth-place finish. The team currently occupy sixth spot with 36 points, but Sauber are just one point behind while Toro Rosso (29 points) are also closing in.

“Toro Rosso picked up a few more points on us because they had a double points finish,” said Di Resta.

“But our car will hopefully suit Singapore better, as it showed at tracks like Hungary, Silverstone and the Nurburgring recently.

“I think we’re going to go there with a small update, and we’ll be out there fighting against the teams we need to be.

“As a new track, Singapore is probably going to be one of the more difficult ones for me, so it will be about building up confidence over the weekend.

“But there’s still a number of flyaway races and a lot of points available, and I’m fairly optimistic we can do well and hopefully beat Sauber again.”