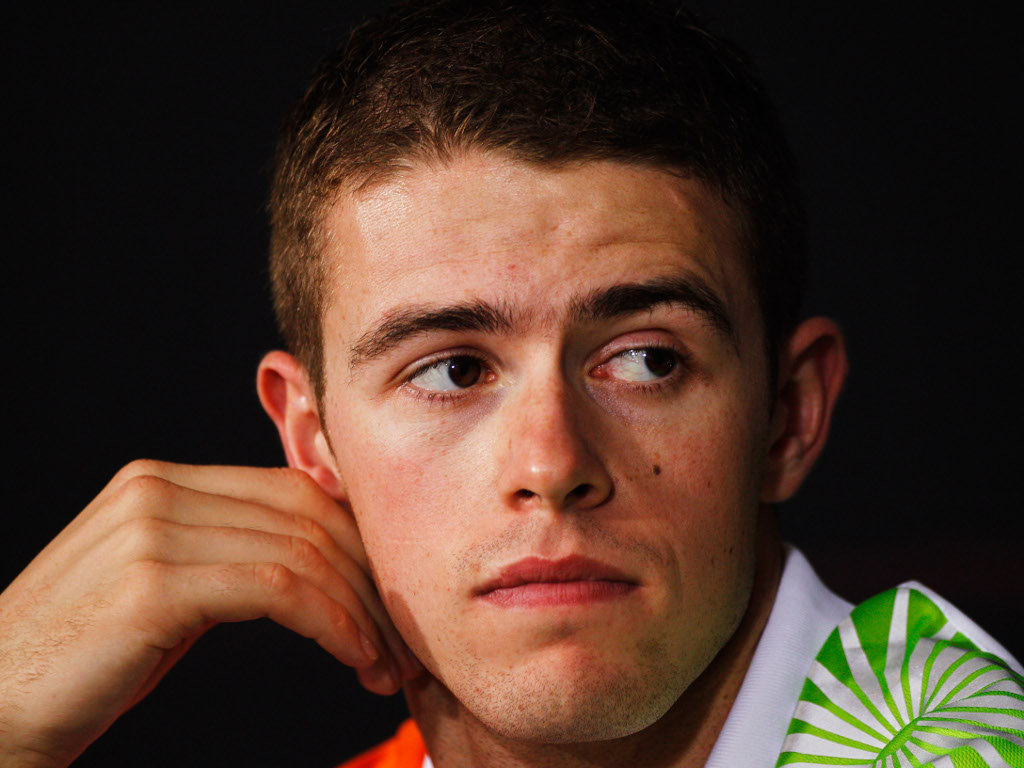 Paul di Resta has backed Force India’s decision to sign Nico Hulkenberg, saying the German has given the team “a spark”…

Paul di Resta has backed Force India’s decision to sign Nico Hulkenberg, saying the German has given the team “a spark.”

Last month, Force India confirmed that Adrian Sutil would be departing the team after five years with them to be replaced by test driver Hulkenberg.

The 24-year-old has already had a year racing in F1 when he drove for Williams in 2010, claiming pole position at the Brazilian Grand Prix.

And his new team-mate di Resta reckons Hulkenberg will bring a lot to Force India, including what he hopes will be a great intra-team rivalry.

“Adrian was a fast guy who had been there for five years – and you don’t stay in F1 if you’re slow,” Di Resta said during the Autosport International Show.

“He was a big part of Force India, but the board took the decision to bring Nico in and it should be exciting. It’s a young team in terms of the driver line-up (both drivers are under 25) but it should give the team a spark.

“We need to be good team-mates, work well together but also have a competitive nature on track so we can bounce off each other. I don’t see any reason why we can’t do that and support each other.

“We’re both on equal territory, as we have the same experience, so it should be good. We’re already working together, pushing ideas to the team to try and improve from last year and that is being taken on board.”

As for Force India’s future, di Resta believes his team has taken great strides in their bid to improve their standings.

The Scot says the team, which is now backed by Sahara, will be chasing fifth place in this year’s Constructors’ Championship.

“The team has taken another step (getting) Sahara investment, and slowly in the background we will increase the competitiveness of our team. It won’t be immediate but the team is excited about its future and hopefully we can achieve fifth as a constructor.

“My second year is going to be where experience plays in as well: I can arrive at grands prix this year and know what is going to change, what to look for and how to get the perfect balance. Getting that little extra edge is so difficult against these guys because they know it inside out.

“You can always learn and always make mistakes – it’s about using that to your advantage to base decisions upon. You can also have tough races and easier ones – that’s just the luck of the draw, and I’m very much of the opinion there has to be an element of luck in there to make sure things happen.”