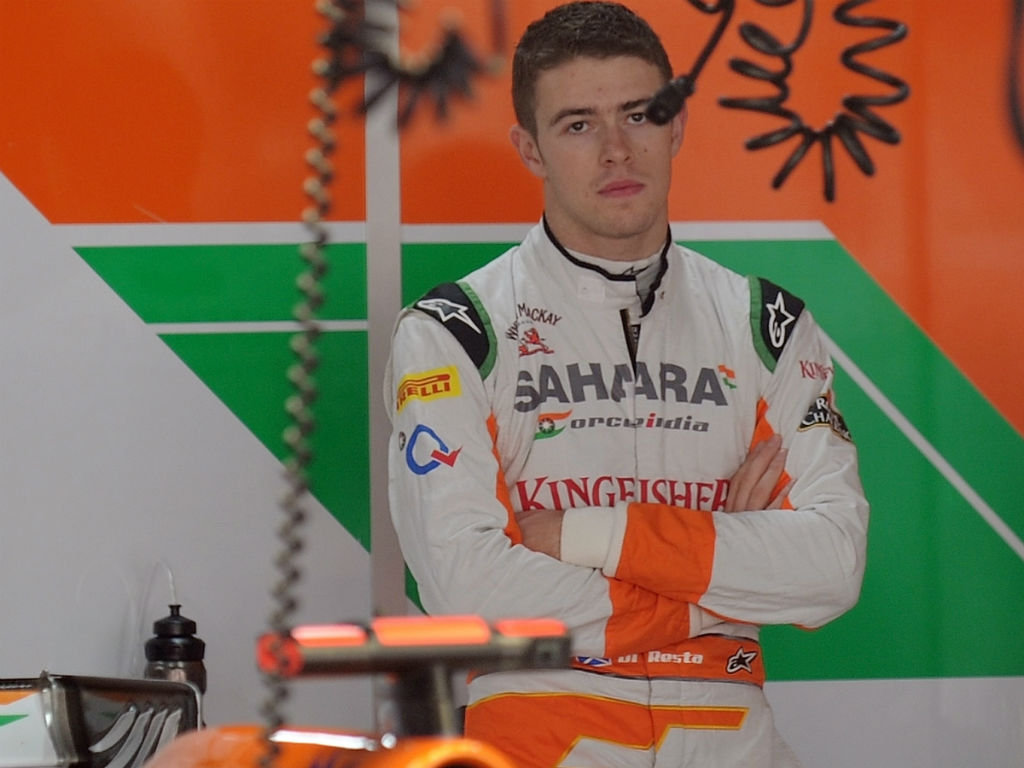 Paul di Resta admits that he needs to improve on his efforts in 2012 if he is to secure a move to a top Formula One team in the future.

He will again race for Force India in 2013 having missed out on drives at Mercedes, Ferrari and McLaren, despite being linked with a seat at all three teams.

The Scot had some strong performances at Monza and Singapore last season, but ended the year with a disappointing drive in Brazil where he crashed out, and the 26-year-old admitted that he needed to continue to improve.

“The end of my season wasn’t great,” he told the Press Association.

“We had mechanical issues, a chassis change, and ultimately the style of my driving did not suit for the last few races overall, I had ups and downs, although there were still some very big positives.

“We got very close to being on the podium in Singapore, where we felt we were slightly robbed when a safety car came out because it was in touching distance there. Our performance slipped after that as we didn’t develop at the rate of other people. All I can hope is when we switched off on this year’s car, it will pay dividends for next year in terms of our performance in Australia.

“Next year is a big one for me. I need to do my stuff because it will be performance based. I think there’ll be a few movements at the top, and hopefully I’ll be a part of that. I felt ready for it this year, but for whatever reason it didn’t happen, which was not my decision. I’ll just keep doing my job on track to hopefully keep my name in the frame.”

Di Resta signed up with the same manager Jenson Button uses midway through last season and the former DTM champion hopes that the changes within his management team bears fruit next season.

“There was a change during the year, which was not ideal,” he added.

“But it was the right thing to do to get the word out as to where I was, and to see if there were any opportunities coming up.

“Now we can lay down a constructive plan, targets, and everybody will hopefully come to the shop and meet them. I’ve a lot of confidence in Richard [Goddard], who has a very good reputation in the paddock with what he does, and with the support he has, which has given me every confidence.”