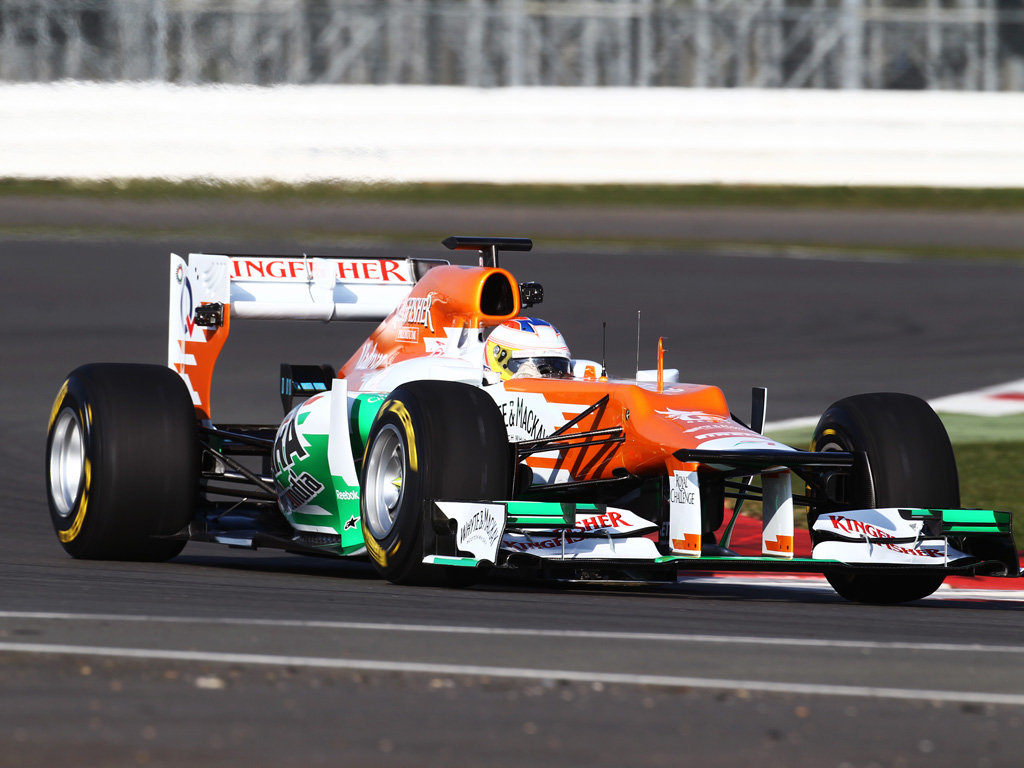 Paul di Resta vowed to build on his impressive debut season in F1 as Force India unveiled their new-look car for the 2012 season on Friday.

“There’s a bit more pressure on me this year as I’m not a rookie any more,” di Resta said at the VFM05’s launch at Silverstone on Friday.

“But with what the guys have achieved with the car, I can’t wait to get in it now. This season we’re going for a stronger start, to finish where we left off after a good end to last season

“Last year we met our ambitions of finishing sixth in the Constructors’ so now we’ll just push on from there.

“We need to work hard over the next few weeks in the tests to get the best out of the car going into the new season.”

The VFM05 has been designed with Formula One’s new regulations regarding lower noses in mind, featuring an unusual “step” where the suspension meets the chassis.

“Each time we saw the car, as it was being developed, it was getting more and more exciting.”

Di Resta’s co-driver this season is Nico Hulkenberg, who has been preferred to Adrian Sutil this season after being let go by Williams at the end of the 2010 season.

“It feels pretty good to be back. When I heard about it I was happy,” the 24-year-old German said.

“Last year wasn’t easy for me, but Force India have given me a chance to prove myself.

“I’ve kept myself sharp and now I’m back. Last year I improved and learned, even though I wasn’t racing.

“But I was still heavily involved in the team, I picked up some things, with the only thing missing being the racing.

“Now, ahead of my second year in F1, I want to establish myself.

“The new car is quite exciting, and like Paul, I can’t wait to drive it next week.”

Meanwhile Fernley expressed confidence that the relative inexperience of di Resta and Hulkenberg, who have less than 40 grands prix between them, would be a factor.

“I think we’ve one of the most exciting driver line-ups in F1, so I’m not worried about ours at all,” said Fernley, who admitted that improving on last year’s sixth place finish in the Constructors’ Championships would be tough.

“I don’t think (owner) Vijay (Mallya) will accept anything less than fifth.

“It’s a good job we didn’t finish fifth last year because Vijay would have wanted fourth this year.

‘Most will opt for boxer nose’