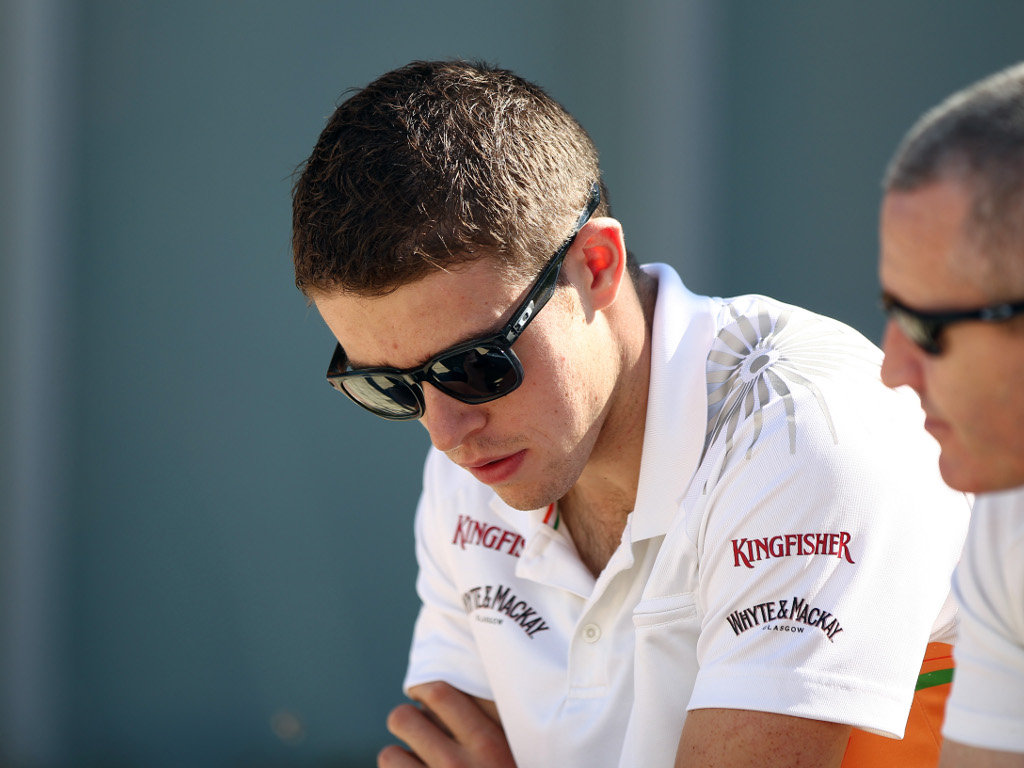 Paul di Resta admits that being overlooked for a move to a bigger team will push him to achieve more with Force India in 2013.

The Scot was linked with a switch to both McLaren and Mercedes but saw Sergio Perez and Lewis Hamilton picked ahead of him in what was a disappointing season for both di Resta and his team.

“Of course it was flattering to be linked to those seats,” he told the Scotsman newspaper. “But I won’t deny I was disappointed when both teams opted to go down another route.

“It’s just fired me up even more to go out and deliver next season. Of course you want to be in a car capable of regularly winning races and, ultimately championships. All I can do is go out next season, and deliver.

“If I do that, and it attracts a bigger team, then so be it. At the moment I’m paid to race for Sahara Force India, and I’ll be giving it 100% when we line up on the grid for the season opener in Australia in March.”

First on di Resta’s agenda is securing the maiden podium of his career, having come closest in Singapore this year when he came home in fourth.

“I certainly want a podium and then I want to be on it again. That’s the target,” he added.

“But I don’t want to luck-in to a podium. For me, it has to be a well-earned top-three finish, one which we can build on. We need to do it on merit, and I certainly believe it’s achievable.

“But to do it, we need a car capable of delivering fast, sustainable pace right through not only a race weekend, but also the whole season.”

Force India fell from sixth to seventh in the Constructors’ race this year and di Resta reveals they have set lofty goals for 2013.

“We’re hoping to finish fifth overall in the Constructors’ Championship next season,” he said.

“Personally, my first objective is to at least get back to sixth. Anything more than that would be a bonus.”