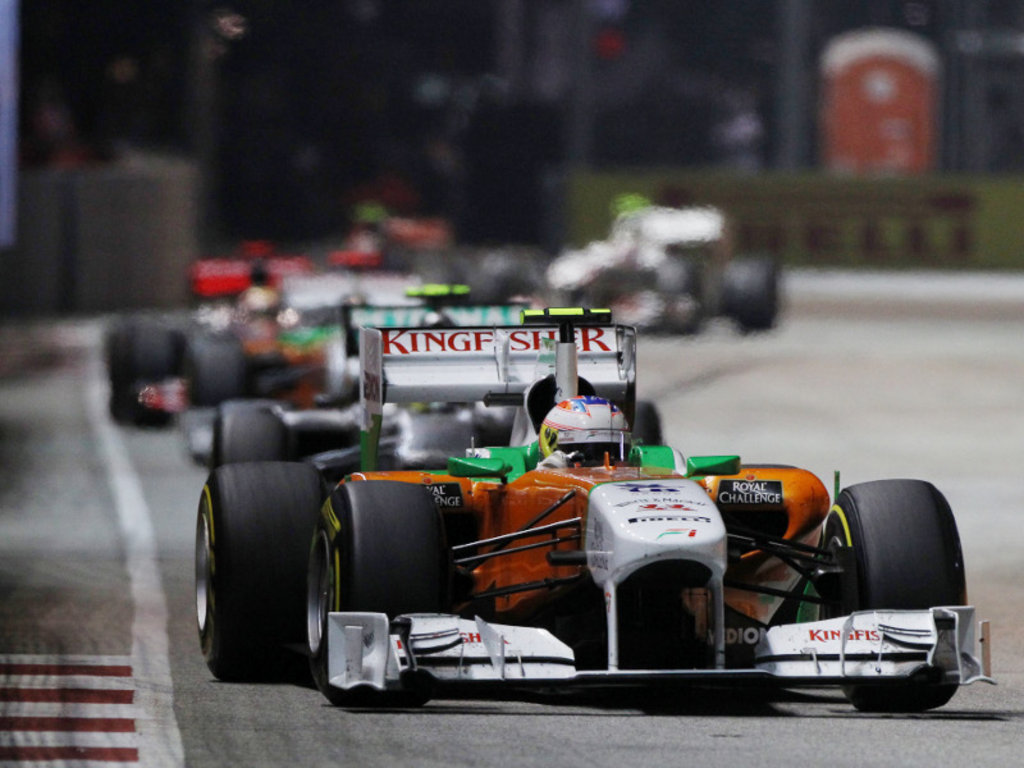 Paul di Resta has billed his Singapore GP as “probably the best” grand prix of his fledgling Formula One career.

Starting 10th on the grid after not putting in a single lap in the qualifying shoot-out, di Resta had his choice of tyres and opted for the harder of the two compounds.

The decision permitted the Scot to run longer than many of his rivals, elevating him up the order, even as high as third at one stage.

And when it all played out after 61 grueling laps, di Resta was running in sixth place, scoring a well-deserved eight points for himself and Force India.

“My first Singapore Grand Prix was a lot of fun and I’m very happy with the outcome,” said the 26-year-old.

“I don’t think the Safety Car really helped us because I still had a lot of life left in the supersoft tyres in the middle of the race, but it didn’t really hurt us either.

“After that it was a case of managing my pace to Rosberg, looking after the tyres and bringing the car home. I was in free air for the final part of the race, which helped, and the pace was strong.

“It’s probably my best race of the season, but it’s the result of all the hard work behind the scenes. We came here with an upgrade package that has allowed us to gain performance in the race, gain tyre life, and we saw the benefits of that.”