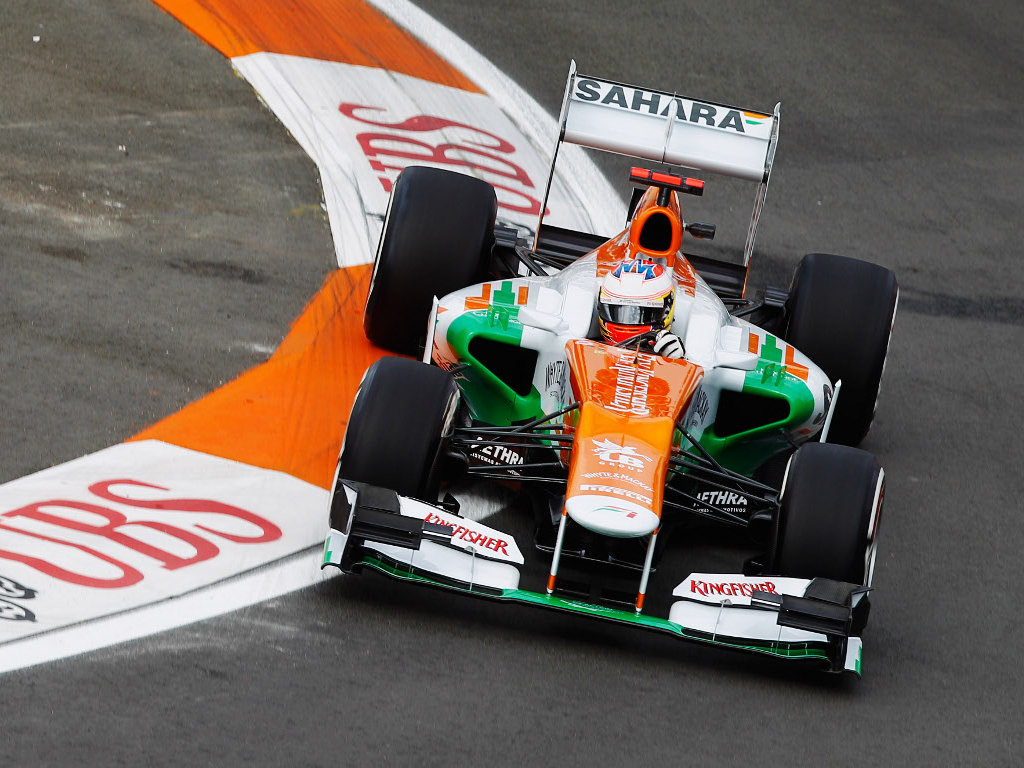 Paul di Resta has rued a missed opportunity after finishing seventh in the European Grand Prix.

A disappointing qualifying session saw the Force India driver start 10th on the grid and the team opted for a one-stop strategy as a result.

He looked good value during the first half of the race, but could do nothing as Michael Schumacher, who finished third, and fourth-placed Mark Webber swept past him as he struggled with his worn rubber on the final few laps.

The 26-year-old believes his pit wall should’ve been more reactive to the situation on track as the likes of Schumacher and Webber made their second stop very late in the race.

“We clearly missed a trick, but we were fairly aggressive with our strategy and stuck with it when we could have probably bailed out,” he said.

“I remember at one point passing Webber into turn two. Two laps later he pitted, and that was about eight laps after the safety car, so he got the last laugh on me.

“I achieved what the team set out on paper, so from that point of view you have to be happy, but the race couldn’t finish soon enough.

“Unfortunately that’s two races now where I’ve been in a great position, but where things I can’t control have made a difference to the result.

“I’m not going to jump up and down, though, because I held my hand up on Saturday to the mistake I made.

“So you take the positives, the car was quick, but the finish did not reflect what we could have achieved.”

Up next for Di Resta and Force India is their home race at Silverstone in a fortnight.

The Scot sees no reason why the team can’t head into the British Grand Prix with a positive frame of mind.

“We’ve some minor upgrades coming that should give us performance,” he said.

“So if we can carry on from where we are we should be going into it thinking positively.

“We’ve still work to do because the problem with Silverstone is that it will show up any struggle you have.”