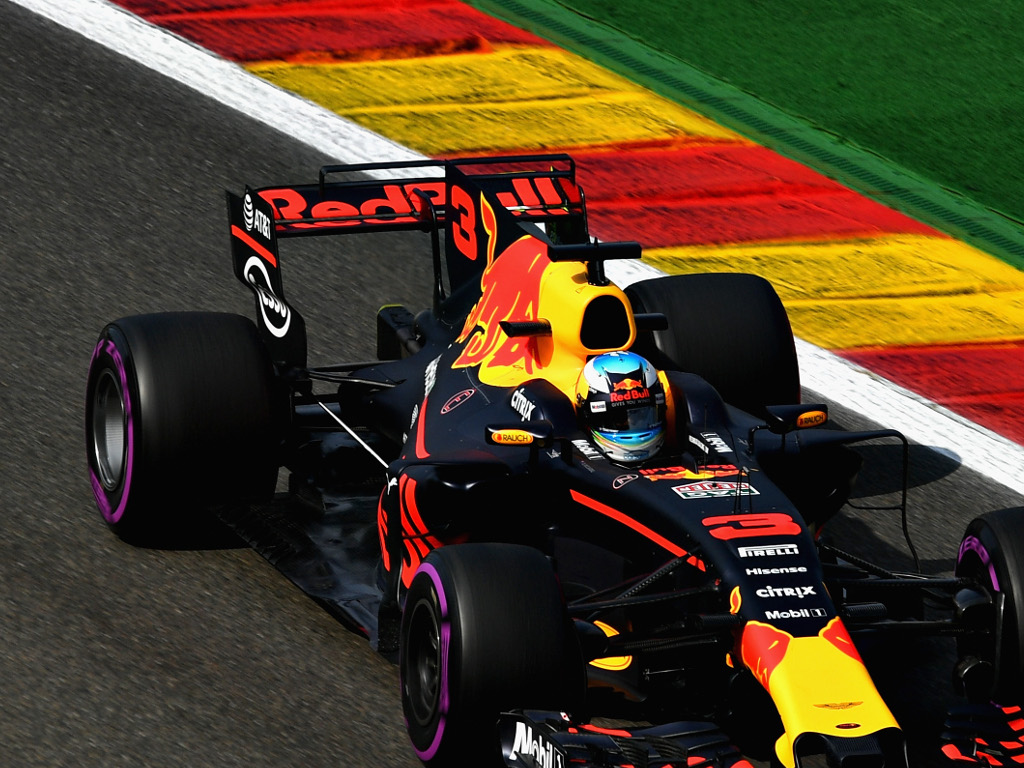 Running a different level of rear wing on his RB13 at Spa on Friday, Daniel Ricciardo admits it didn’t quite work as Red Bull had hoped.

While Max Verstappen was fourth fastest on Friday with a 1:45.225, Ricciardo was eight-tenths shy of his team-mate’s best.

It was a disappointing outcome for the Aussie who trailed an extremely thin rear wing and a different set-up in the hope that it would pay dividends at Spa.

“First and third sector were awesome but the middle sector I’m in probably a Formula 3 car,” he said.

“I would have liked it to have worked but it didn’t.

“We’ll if we can make a compromise otherwise we’ll go to the downforce Max had.”

As for Verstappen, who was greeted by Dutch fans flocking to the Belgian circuit to what their hero, he was happy with his day’s work.

“I think the car itself was actually quite alright, of course you could always improve but it was not too far out,” he said.

“Of course we lose too much on the straights at the moment so Daniel was trying a different philosophy but also that seems to be quite difficult for us.”

Racing at Spa there is always the prospect of rain even when it is not forecast. And Verstappen is hoping for a downpour come Sunday.

“For sure we’ll hope for it, at the moment it doesn’t look like it but you never know.”