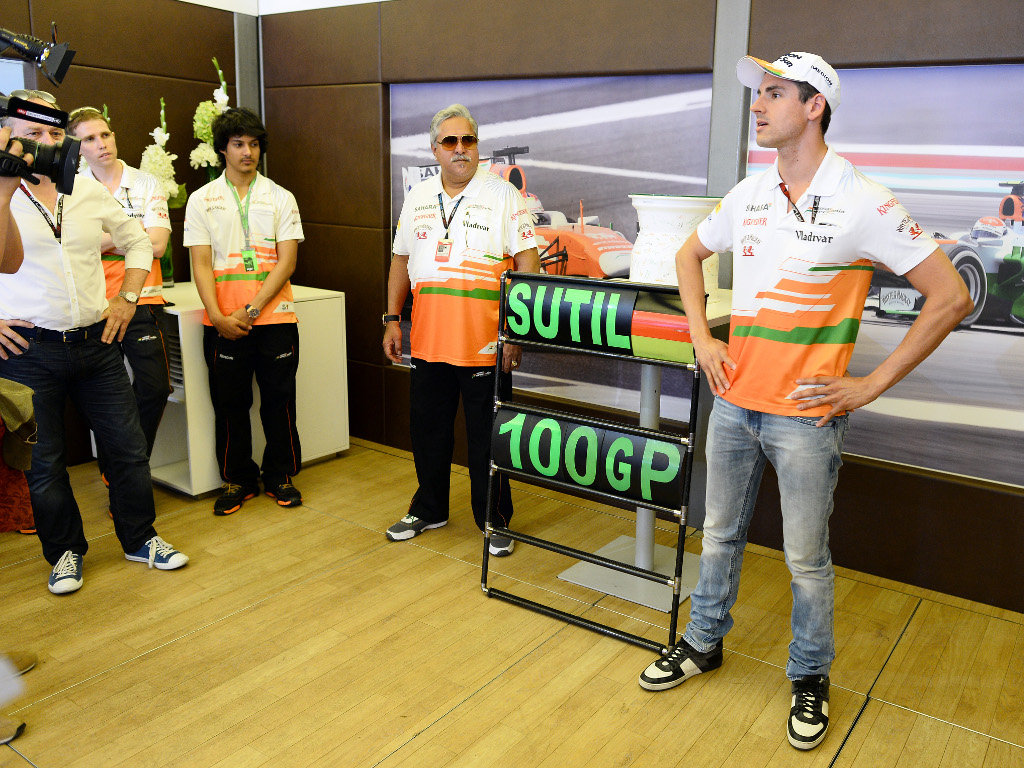 Starting 11th on the Hungaroring grid, the Force India driver had hoped to mark his centenary with a solid showing in the points.

After a poor start in which he lost places, Sutil began to work his way back up the order when he encountered a gear shift issue.

Pulling into the pits, Sutil was informed of a hydraulic problem and told to retire his car.

“It’s disappointing not to finish, especially as the race was coming back to me after a poor start on the medium tyres,” he said.

“Just before my pit stop I had a problem with the gear shifts and I could not shift up any more.

“I came into the pits and it became clear we had a hydraulic problem so the team immediately told me to park the car.”

The team’s woes continued as Paul di Resta retired later in the grand prix also with a hydraulic problem.

“Paul’s race was quite straightforward, but we did not have the speed to make his three-stop strategy work – despite his superb start,” said team boss Vijay Mallya.

“With a few laps to go we noticed a similar hydraulic issue with his car and he also had to retire.

“With the next race coming up in four weeks’ time, we will analyse our performance and work hard to recapture our form in Spa.”