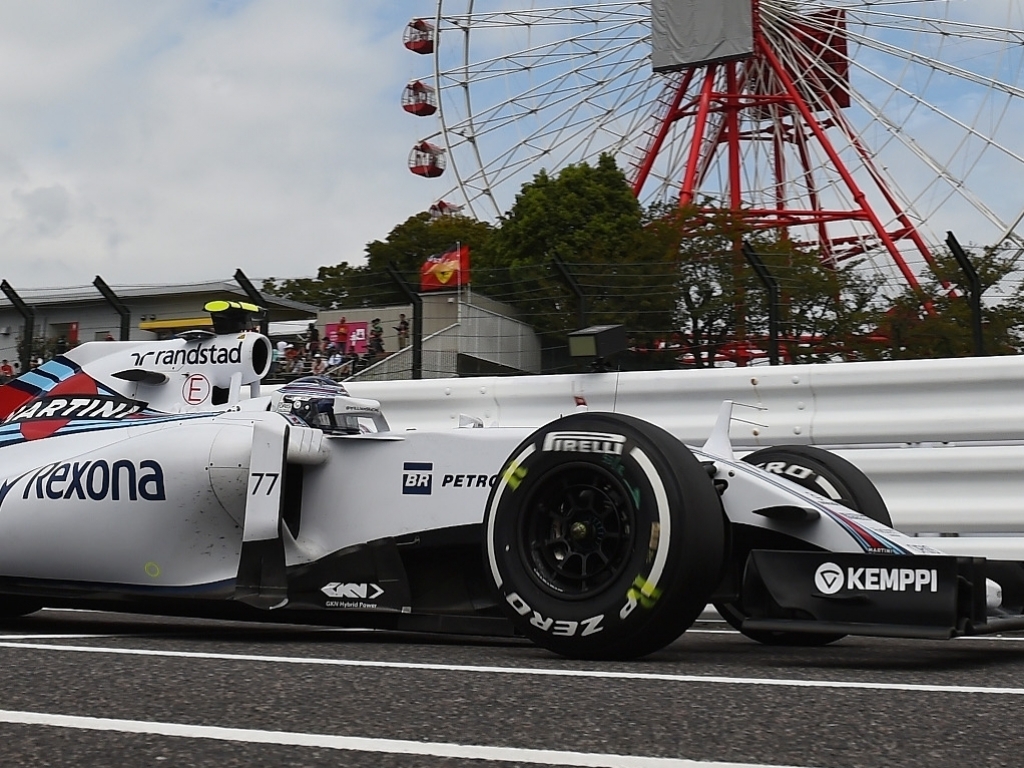 Williams head of performance engineering Rob Smedley has lamented a poor Japanese GP from his team, saying they were expecting the car to be a bit faster.

The Grove squad started the race at Suzuka on a positive note as Valtteri Bottas was third on the grid behind the two Mercedes cars while team-mate Felipe Massa was fifth.

Massa's race was all but over on the first lap after he picked up a puncture in his tussle with Daniel Ricciardo and, although Bottas ran third during the first stint, he eventually finished fifth behind the Ferraris of Sebastian Vettel and Kimi Raikkonen with the latter getting the better of him on the undercut.

"Not our best race, not by a long shot," Smedley said. "There are things that we need to think about and keep improving on. Without going into a great deal of detail we didn't operate completely well.

"The car was a little bit slower than we thought about going into the race – we're talking small margins but it was enough that we weren't actually quicker than Ferrari but a couple of tenths slower. Overall it was a really disappointing day for the team."

Smedley admits they were probably not quick enough on Bottas' second pit stop to get him back out in front of Raikkonen.

"We had Raikkonen sat behind and we just probably weren't quick enough to react and get that final set of tyres on and keep him behind as well. Very disappointing," he said.