Home Uncategorized Domenicali: Alonso not afraid of anyone 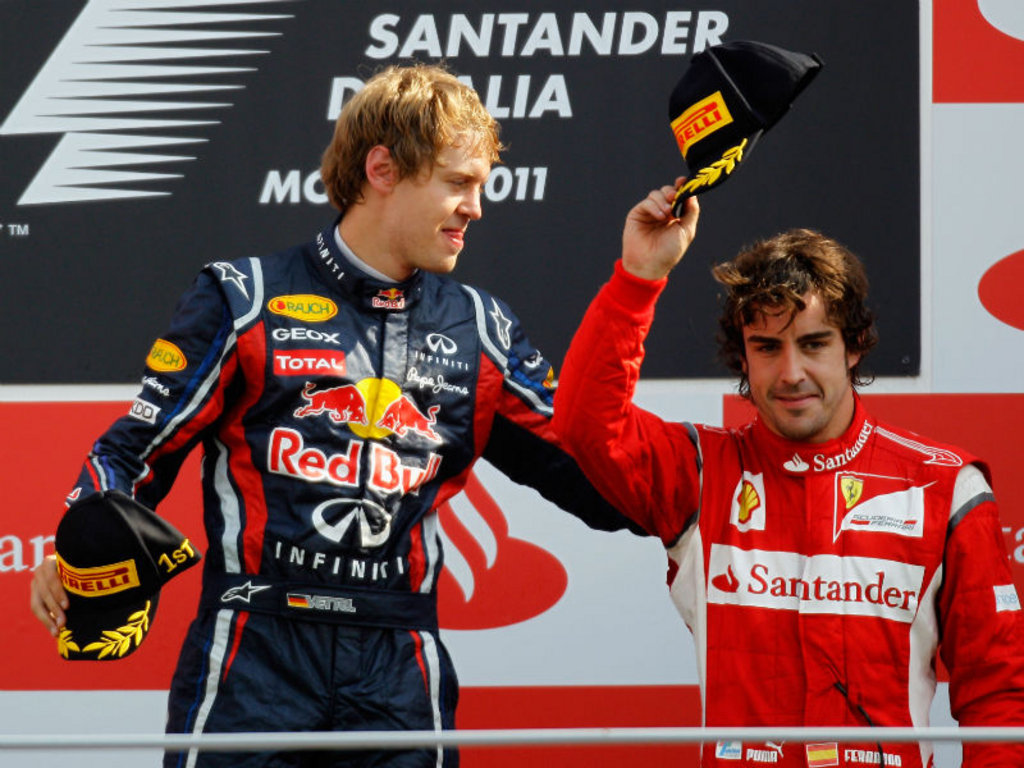 Ferrari team boss Stefano Domenicali insists Fernando Alonso would have no qualms about having Sebastian Vettel as a team-mate as he “is not afraid of anyone”.

Vettel, who overtook Alonso as Formula One’s youngest double World Champion on Sunday, has made no secret of his desire to join Ferrari in the future.

Should he move to the Italian squad then he is likely to partner Alonso as the Spaniard’s contract runs until 2016.

When asked by Gazzetta dello Sport if Alonso would welcome the German at Ferrari, Domenicali said: “I think so.

“I think they could co-exist. Fernando’s strength is not being afraid of anyone.”

While Alonso’s long-term future with Ferrari is secured, the same cannot be said of his team-mate Felipe Massa. The Brazilian has a deal until the end of 2012 and several names have already been linked with his seat.

“Massa will do everything he can to show that he’s worthy of Ferrari and other drivers with contracts expiring will want to show that they’re ready to come to Ferrari,” he added.

“Hamilton is also probably among those (drivers), but it’s early yet,” Domenicali said when asked about the possibility of Hamilton replacing Massa.