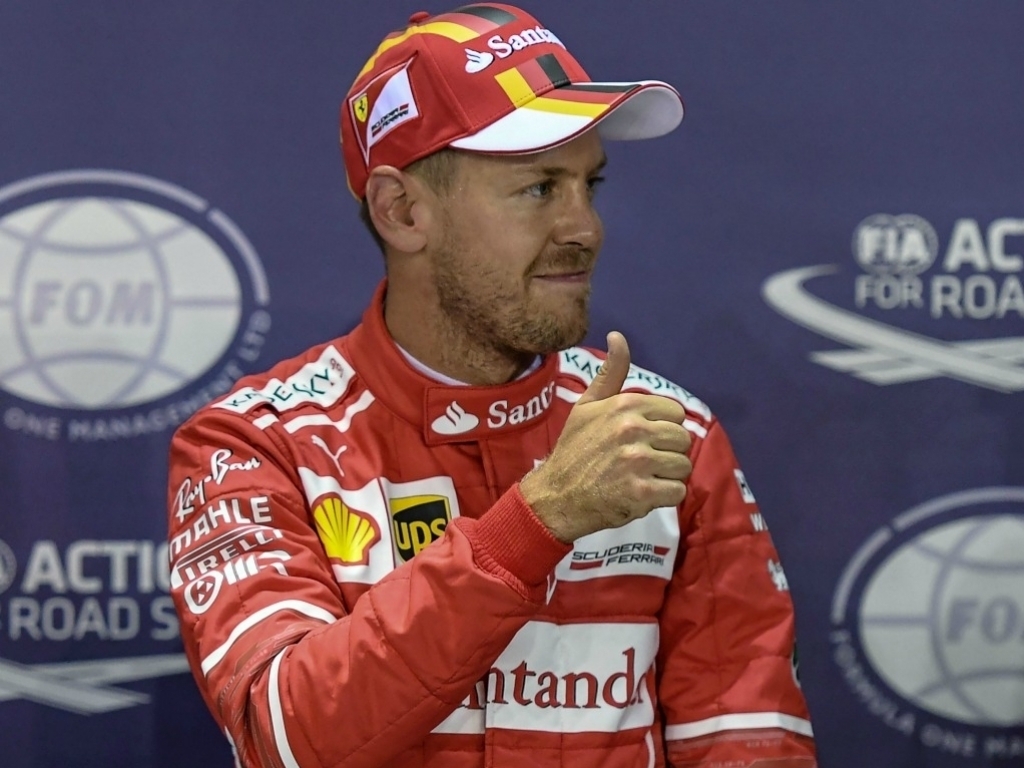 Sebastian Vettel was left a little baffled where his stunning pole lap came from but is well aware of the threat posed by Red Bull at the Marina Bay circuit.

Vettel smashed the track record with a 1:39.491 on his final lap in Q3 and bagged his first pole position since the Hungarian Grand Prix by three tenths to Max Verstappen in second and Daniel Ricciardo in third.

"I don't know [where that time came from]," said a delighted Vettel on track. "I struggled also this morning. I shouted as loud as the crowd. It was unbelievable.

"I love this track. The car was tricky but was getting better, better and better. So pleased we got it done.

"I need to calm down. The car was amazing. It's an amazing track when you feel the car was coming together. I knew we had it in us but we had to get there."

Red Bull had topped every practice session and even the early parts of qualifying, and Vettel is bracing himself for a tough fight with his former team as Mercedes languish behind on the third row.

He added: "I'm happy we got the car where it deserved to be. Tomorrow is a long race and the Red Bulls are very quick. It will be a very close race."