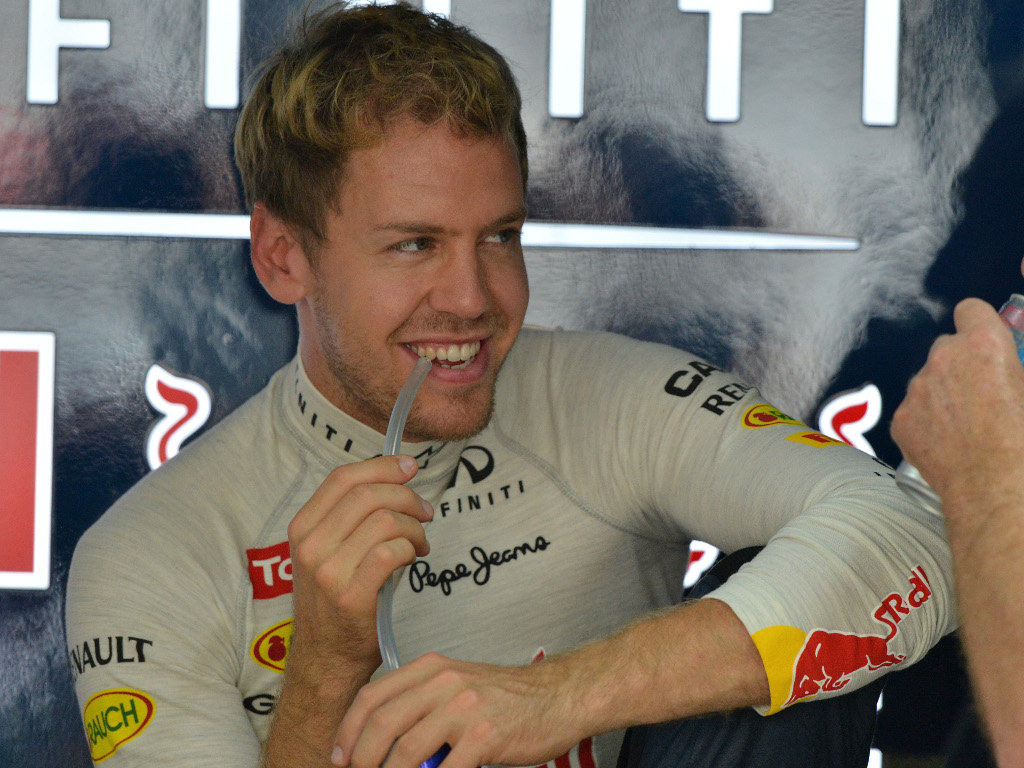 Sebastian Vettel says he’s in no hurry to wrap up the Formula One title despite his widely expected coronation at this week’s Indian Grand Prix.

The 26-year-old, enjoying a 90-point lead over his nearest challenger Fernando Alonso, only needs to finish in the top five in his Red Bull on Sunday to seal the Drivers’ Championship.

It should be a formality for Vettel, who won the previous two races in India and has triumphed in the last five grands prix, the best streak of his career.

But with four races left in the season, the young German – set to become the youngest driver to win four titles in a row – did his best to dampen expectations by saying he was not in a rush.

“It’s looking very good, but we have to focus on the job at hand,” said Vettel, who will join Michael Schumacher and Juan Manuel Fangio as only the third man to win four straight titles.

“Everybody will try hard to do their best, so it is going to be a tough weekend. We have reasons to believe our car will be competitive.”

However, Vettel admitted that another double coronation will be “very, very special” for him and his Red Bull team, who are also expected to confirm their fourth successive Constructors’ title.

“We have been working hard the whole year,” he said. “We did not come here thinking we have got to do this, or got to do that. We are just trying to get the best out of ourselves.

“We believe we are good enough to secure the Championships. It will be something very, very special for us.”