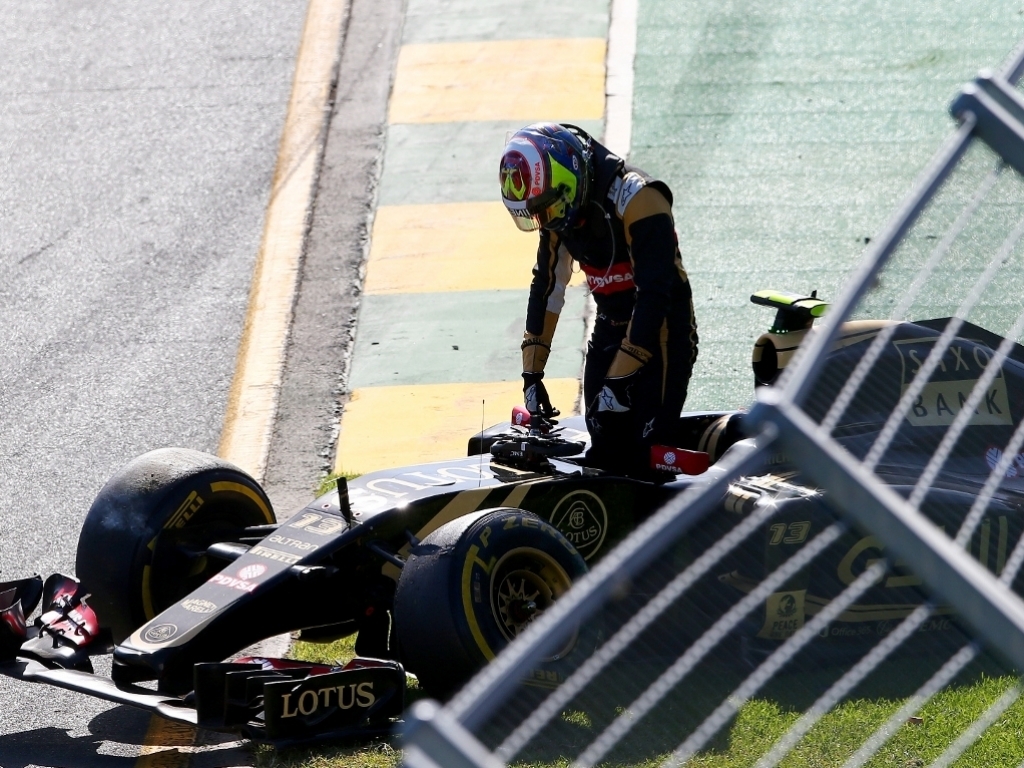 A promising weekend for Lotus turned miserable when both Pastor Maldonado and Romain Grosjean retired on the opening lap of the Australian GP.

Qualifying ninth and tenth for Sunday's 58 lap race with Grosjean ahead of Maldonado, the latter's race was the first to come undone.

With all drivers squeezing one another for space and track position, Maldonado was hit by the Sauber of Felipe Nasr and put into the wall.

"It was quite busy start, going into a narrow corner. I just felt a big hit on the back and didn't see what happened.

"It's disappointing because it was a great chance for us to have a great race."

As for Grosjean, he pulled into the pits almost immediately after the start having suffered a loss of power.

Despite his early exit, the Frenchman says he is feeling encouraged for the season ahead as Lotus have shown signs of improvement.

"We had a loss of power on the formation lap; there was a technical issue which we are investigating," he revealed.

"It's not how you want to end your race, but we know the car is good and we're miles ahead of where we were last season.

"We have a good baseline with the E23 and a good engine. We also have new pieces that we are bringing over for the next races, so more performance coming.

"The first race is always a bit of a tricky one, you never know what might happen and, unfortunately it was bad luck for us today but it doesn't matter: I'm still very hopeful for the year."