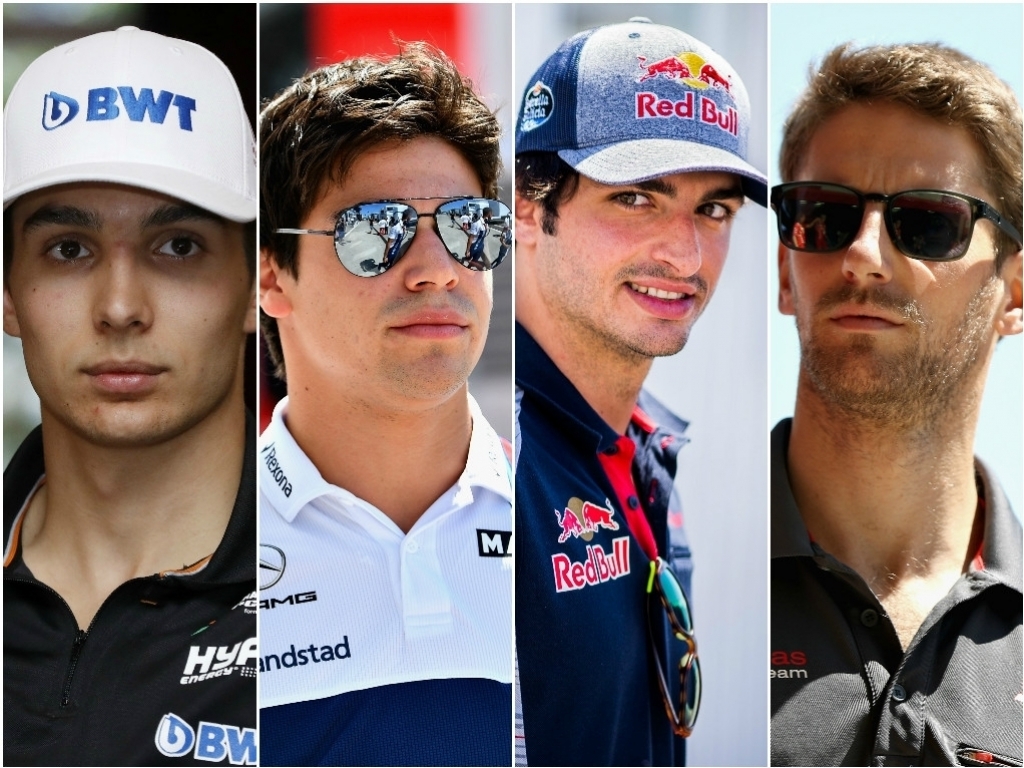 Next under the spotlight in the summer break are the teams battling it out in the midfield: Force India, Williams, Toro Rosso and Haas.

When it comes to Sergio Perez, there are no surprises any more. An incredibly consistent driver who continues to do more than his fair share of getting Force India to hit that familiar glass ceiling.

In his last 25 races for Force India, the Mexican has failed to finish inside the top 10 on just four occasions. All that is missing this season is a podium spot.

Perez, though, is embroiled in arguably the most fiercest team-mate battle of the season with Esteban Ocon, with both drivers guilty of not fully maximising their results so far for their reluctance to play nice with each other.

Perez currently holds the edge, and that is all it is despite the dominance suggested by the 9-2 scoreline in qualifying battles.

The average gap in qualy between the two is 0.176s. But even though average gaps don’t take into account potentially compromised laps, it still generally shows there is not an awful lot between the pair compared to other team-mates.

A tough team-mate battle is exactly what both drivers need to keep themselves motivated, as Force India as a whole are a little bit stuck in limbo.

Given Esteban Ocon’s seamless transition to Formula 1, it can be easy to forget that the Frenchman has just 20 race starts to his name. He has shown in no time at all that he is a seriously impressive talent with an incredibly bright future.

Like Perez, there is a very strong consistency to his results in the first half of the season with 10 points-finishes out of 11 races – but it could have been even better for the 20-year-old.

A place on the podium for the first time was a distinct possibility in Canada and while Perez’s self-before-side mentality did not help, it did show that Ocon can make life easier for himself by starting to get ahead of his team-mate on the starting grid.

The aforementioned qualifying stat shows he does not have too much ground to make up, which is testament of just how competitive he is given his lack of experience compared to one of the longest-serving drivers on the grid.

Felipe Massa was preparing for the quiet life before Valtteri Bottas moved from Williams to Mercedes, creating the need again for an experienced driver to partner rookie Lance Stroll.

The Brazilian made a valuable contribution immediately upon his return, picking up points in three out of the first four races whilst Stroll was just trying to finish a race.

A suspension issue ruined all chance of a podium place in Baku, but his very good recovery drive from P17 to P9 in Austria showed that he is still capable of standing out on race weekend, albeit not as frequently as before.

And while he continues to provide Stroll with a decent yardstick to measure against, you cannot help but get the sense that this season may be the last we will see of Massa in Formula 1.

After illness ruled him out of the Hungarian Grand Prix, it gave Paul Di Resta a chance to impress on very short notice (which he duly did) and, with Williams delaying their driver choices for next year, the question mark is over Massa, not Stroll and his bags full of cash.

Given Lance Stroll’s privileged background, his crashes in the early stages of the season and failure to finish in the first three races (granted, not all of his own doing), it became very easy to wheel out the ‘bought not earned’ line with regards to how he got his seat in Formula 1.

But, there is some talent lurking around, too, as shown with his first-ever points finish coming at his home grand prix in Canada, followed up by an historic podium at the crazy Baku race.

While Stroll took full advantage of the chaos around him, he does deserve credit for staying out of trouble at a track where a vast majority were expecting the teenager to run up another expensive repair bill.

Those two races, plus another points finish in Austria, were clearly a sign of Stroll finding his feet in Formula 1, but those have to be the first of many memorable moments if he is to prove that he truly belongs at the highest level.

Carlos Sainz is caught in a trap, but he can walk out if someone is willing to give Red Bull the money they have invested in him back – otherwise he will have to continue to wait.

The Spaniard has still managed to send out a statement with some eye-catching performances, especially at China and Monaco, but the frustration about his future is clearly weighing on his mind and is contributing to a messy season overall.

Although he was not at fault for the collision with his team-mate at Silverstone, Sainz can have no complaints for the respective three-place grid penalties he accumulated following the races in Bahrain (where he ended Lance Stroll’s race) and Canada (crashing into Romain Grosjean, who in turn took out Felipe Massa).

Sainz has reiterated his desire to race for Red Bull but, with Daniel Ricciardo and Max Verstappen going nowhere for at least another year, he is left with no option other than to be patient. It is hard not to sympathise.

‘The Torpedo’ is back. After suffering the blow of being demoted from Red Bull last year, Daniil Kvyat looked to be knuckling down again and getting his career back on the track. However, he is showing that old habits do indeed die hard.

The Russian is on the brink of a one-race ban after racking up plenty of penalty points this season. The culprit of first-lap collisions at Austria and Silverstone, the latter taking out his team-mate who was also impeded by him in Baku, has seen that unfortunate tag become firmly re-attached around his neck.

After a bizarre double penalty in Canada, Kvyat’s main battle this season has been with the stewards and, as a result, his record book this year is a sight for sore eyes.

Four World Championship points is a little extreme reflection on his season, though, given that an engine fault robbed him of P7 in the opener and being denied of another points finish in Monaco after Sergio Perez tagged him in the closing stages.

A destructive season so far, but not all of his own doing (just about).

It is a case of different year, same old sh*t for Grosjean, whose ongoing brake problems are preventing him to fully concentrate on fluttering his eyelashes in the direction of Ferrari.

Lock-up after lock-up, brake switch after brake switch, moan after moan, the Frenchman is having a stressful time at Haas, who have actually already matched their World Championship points haul from last year.

That was achieved with the help of Grosjean’s wonderful sixth-place finish in Austria, but sure to live longer in the memory are his frequent radio rants with Bahrain and Canada immediately springing to mind.

If Haas can ever get their car to complement Grosjean’s aggressive style then finishing ‘best of the rest’ will become a much more frequent occurrence with him behind the wheel.

One particularly pleasing aspect of Grosjean’s season is his ability to reach Q3, which he has managed to do on five occasions this season and something his team-mate is yet to accomplish once.

Kevin Magnussen is not affected as much by Haas’ brake woes, but when they did come armed with an upgrade at Austria it was Grosjean who was able to extract the most from it – even taking the Dane’s suspension and engine issues into account.

That looks like being a regular theme between the duo who will both continue with the American outfit next year.

Magnussen did not get off to the best of starts after two retirements in his first three races, but dotted in between some other unfortunate races are a handful of points-finishes, with Baku the clear stand-out.

Magnussen was running as high as third with 15 laps to go in Azerbaijan before settling for P7, but his highlight of the season has since come off the track when he told Nico Hulkenberg to “suck my balls” in a heated exchange in the paddock at Hungary.