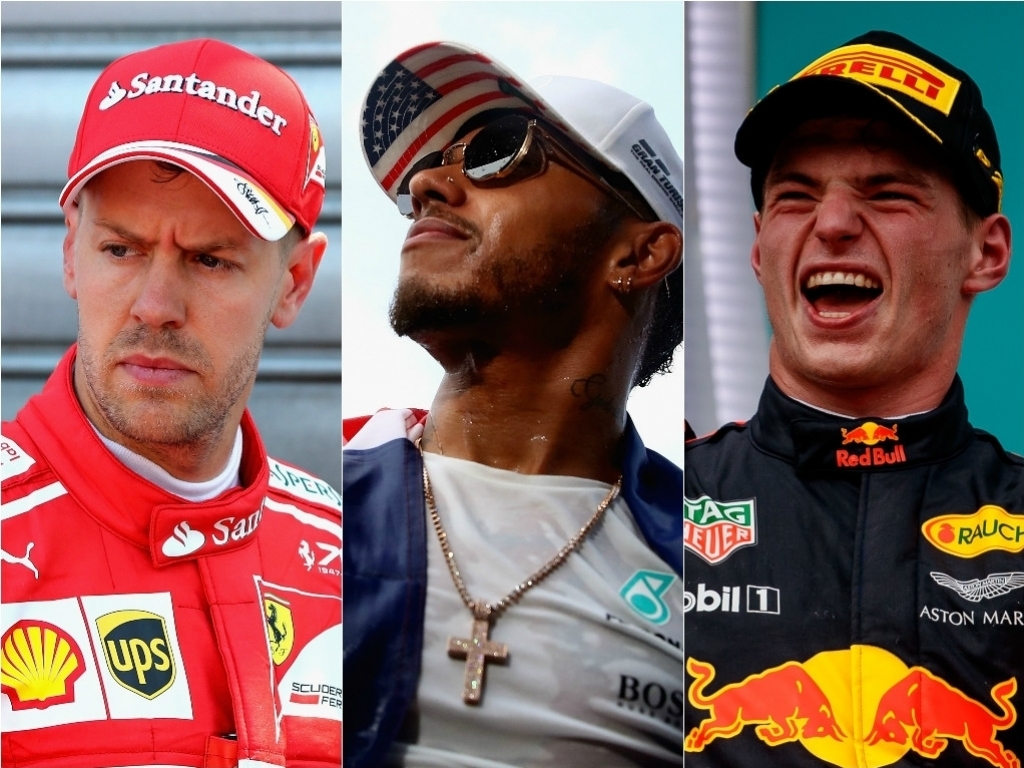 We conclude our season analysis of all 20 drivers by assessing the three big guns: Mercedes, Ferrari and Red Bull.

We are now looking at Formula 1’s all-time career pole positions holder and one of only three World Champions alongside Juan Manuel Fangio and Michael Schumacher to win the title whilst completing every lap of the season. If there was a perfect way to respond to the disappointment of 2016 then this was it.

There were a few coughs and splutters along the way though, especially in the first half of the campaign with below-par performances in Russia, Monaco and Hungary when trying to reason with the Mercedes W08 ‘diva’ combining with the craziness of Baku and the damage limitation mission in Austria after getting a five-place penalty for a new gearbox.

The mid-season break was the turning point last year and proved to be again this time around. Nico Rosberg overturned the points deficit in 2016 and Hamilton did exactly the same this year, helped along the way with a Ferrari implosion and a new team-mate who has proven to be far less of a threat than Rosberg.

The title wasn’t merely handed to him on a plate, though, as Hamilton did raise his own game at the same time, too. The way he cleverly defended from Vettel to clinch a hard-fought victory at Spa was superb and there were still the trademark dominant wins at the likes of Monza and Austin.

Hamilton conceded himself that his performances dropped once the title was wrapped up in Mexico, but the combination of the aforementioned components does not change the fact that the Brit is now in a very exclusive club alongside Sebastian Vettel as one of the most decorated Formula 1 champions of all-time.

He was the worthy winner and there is still quite a lot of catching up to do from all around him if he is going to be stopped from claiming a fifth piece of silverware next season.

Following up two podium finishes with the first win of his Formula 1 career in Russia, Valtteri Bottas had an excellent start to life at Mercedes after being named as the retired Nico Rosberg’s replacement for the 2017 season.

Bottas continued to remain in touch at the top of the World Championship standings at the summer break; but, while the table showed he had a chance of silverware, the reality was that he was always playing second fiddle to Lewis Hamilton.

That became particularly evident when the season resumed in Belgium, which marked the start of three fifth-placed finishes in six races and a decline in performance which even had Bottas admitting that he had never driven with such low confidence before.

Putting that sort of pressure on yourself and alerting everyone that you are struggling was not the best move as it only made the spotlight on him appear even brighter.

Bottas did enough to earn a new deal at Mercedes, but a one-year extension is hardly a ringing endorsement and it is difficult to see past him as nothing more than stop-gap option until a better alternative turns up.

His failure to turn pole position into victory at Interlagos would not have helped matters, but a win in the season finale at Abu Dhabi was a timely confidence boost ahead of the 2018 season.

Bottas is well aware that he has to improve next year but, all things considered, he has been a pretty good addition to the Mercedes team by clearing the toxic air that lingered from the Hamilton-Rosberg days and making a valuable contribution to Mercedes winning a fourth consecutive Constructors’ Championship.

It was a case of what could have been for Sebastian Vettel. The four-time World Champion sparked the Ferrari revival with three race victories in six consecutive podium finishes and headed into the summer break with a World Championship lead. Then the dream faded and died.

Ferrari’s self-inflicted reliablity problems were to blame, but so too was Vettel’s mentality and decision-making. He lost the plot in Baku in the infamous clash with Lewis Hamilton and he instigated the disastrous double first-lap DNF for Ferrari – the first time in Ferrari’s history that both their cars failed to complete the first lap – at Singapore.

It’s not the first time that Vettel’s character has been called into question but his behaviour since gives Ferrari fans hope that he can learn from those mistakes and apply even more pressure on Mercedes next year.

He has taken full responsibility for his actions, accepted he is partially to blame and has also been very gracious in defeat since Lewis Hamilton levelled up the score with four World Championships each.

He has reacted in the right way, but he cannot afford to make the same mistakes again next year and find himself involved in these high-profile incidents that have catastrophic repercussions.

He also needs the same from his team, too. You don’t see Mercedes’ races falling apart in the final laps due to shredded tyres or broken spark plugs derailing the afternoon before it’s even begun.

A higher standard is needed from both.

Earlier in the season, Sebastian Vettel named Kimi Raikkonen as his favourite team-mate and it is no wonder looking at the head-to-head stats between the Ferrari duo.

Raikkonen, who will be heading into a fifth Formula 1 season without a victory, is beyond his sell-by date. Whether that is through his advancing years, getting too cosy in the comfort zone he has created for himself at the Scuderia, or a combination of both, he has fallen below the standard required.

He poses no threat to the others in qualifying and even more so when it comes to the race itself, so when he says he has ambitions to win the 2018 title, even the most die-hard Kimi fans will struggle to believe that a second World Championship can become a reality for the Finn.

Raikkonen will be going through another one-year contract extension with Ferrari in 2018 and is going to have to show a lot more than he did this season if his Formula 1 career is to continue any further.

The day that Kimi is no longer a Formula 1 driver will be a sad one as he is an international treasure. But perhaps it is time to start thinking about saying goodbye.

There has been somewhat of role reversal at Red Bull this season. As Max Verstappen watched the action largely from the sidelines due to numerous race retirements in the first half of the year, Daniel Ricciardo was the one providing the good times with regular podium finishes and an opportunistic victory in Baku (well done Baku).

But those tables have turned with Ricciardo suffering three DNFS in the final four races – a run which saw him pipped to fourth spot in the World Championship in Abu Dhabi – while Verstappen eased the pain of his season with a couple of race victories to his name.

Ricciardo, though, continues to remain a breath of fresh air in Formula 1 regardless of his result and the sport would be much duller without him in it.

While he brings a lot to Formula 1 off the track, he has the talent on it to back him up. He is arguably the best overtaker on the grid and there is little doubt that he could launch a serious World Championship bid if he has a car capable of keeping pace with Mercedes and Ferrari.

That is what he is trying to work out as he enters a crucial part of his Formula 1 career. He is out of contract at the end of next season and, at 28, has an opportunity to earn his first big payday on his own terms.

You could easily imagine Ricciardo lining up alongside Hamilton at Mercedes or Vettel at Ferrari and it would be fascinating to see those match-ups.

But, if he stays at Red Bull, more battles with Verstappen means it’s a win-win situation for the fans, but only if they can emerge as genuine title contenders.

If there is one element of Ricciardo’s game that needs fine-tuning, then it’s qualifying. Verstappen seems to have his number in that department.

We have been cruelly denied seeing the very best of Max Verstappen, who finished strongly in a season that saw him retire in seven out of the 20 races due to the engine reliability issues that have plagued both Red Bull cars this year.

The fact that the Dutchman scored nearly 60% of his total points haul this season within the final five races of 2017 tells us the full story – but his rising reputation and popularity within Formula 1 has not wavered.

Verstappen has still managed to provide some memorable performances, despite the constant setbacks, and warned the rest of his rivals at the top of the grid with a couple of race victories in Malaysia and Mexico.

The likes of Lewis Hamilton and Sebastian Vettel are well aware of his ever-increasing presence, with the former wanting nothing to do with him out on track in Malaysia with a fourth World Championship in sight and the latter making an extreme defensive move on him in Singapore which ended both their races on the first lap.

Given the reliability issues he has faced this season and Red Bull’s frustrating characteristic of starting slow and finishing strong, it was surprising to see Verstappen extend his deal with the team until the end of 2020. If he had followed Ricciardo’s waiting game strategy then Mercedes or Ferrari would have surely come knocking.

But with that belief in the team and in the car, Verstappen could well find himself thrown straight into the mix for race victories at the start of next season.