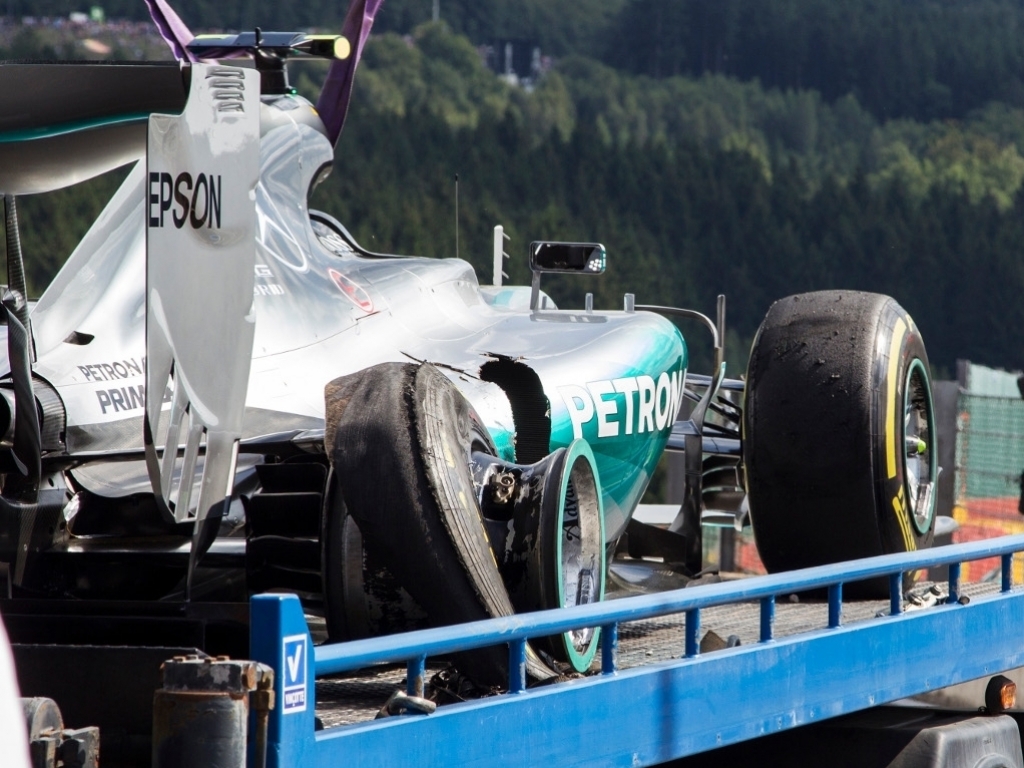 Ferrari driver Vettel launched a scathing attack on Pirelli at Spa on Sunday after he suffered a high-speed tyre failure on the penultimate lap.

The German, who was P3 at the time, did a 28-lap stint on the medium rubber, but his right-rear blew up with just one lap to go. It came just a couple of days after Rosberg also had a spectacular tyre explosion in practice.

"Things like that are not allowed to happen – full stop. If it happens 200 metres earlier I'm not standing here now, I'm with 300 [kph] stuck in Eau Rouge, so I don't know what else needs to happen," the four-time World Champion said.

Pirelli's Paul Hembrey hit back by saying that the race was not conducive to a one-stop strategy, adding: "We felt it was a two-stop race and some tried for a three-stop."

However, Rosberg also called for immediate action, especially with the Italian Grand Prix next on the calendar.

"Vettel exploding his tyre, it's really poor, that's not allowed to happen," the Mercedes driver said. "It shouldn't happen and that it keeps on happening in other categories as well, and then with Vettel and with me on Friday. Both of us were just so lucky, you know if it happens a couple of metres later or earlier, we'll have one of the biggest shunts ever."

He added: "It needs to be sorted out, this issue, somehow we have to make it safer. Somehow maybe we need to be able to see the tyre failing earlier – at least that, if they’re not able to completely solve the problem within the next couple of weeks.

"And it’s Monza [next], again it’s high speed, we need to have something in place for that."

Romain Grosjean was the beneficiary of Vettel's blow-out on Sunday as he claimed the final podium position in the end, but the Lotus driver says these things should not happen.

"It's certainly not acceptable to see a tyre blow off, just after Radillion at that speed. It was an aggressive strategy but we shouldn't see that – that's clear," the Frenchman said.