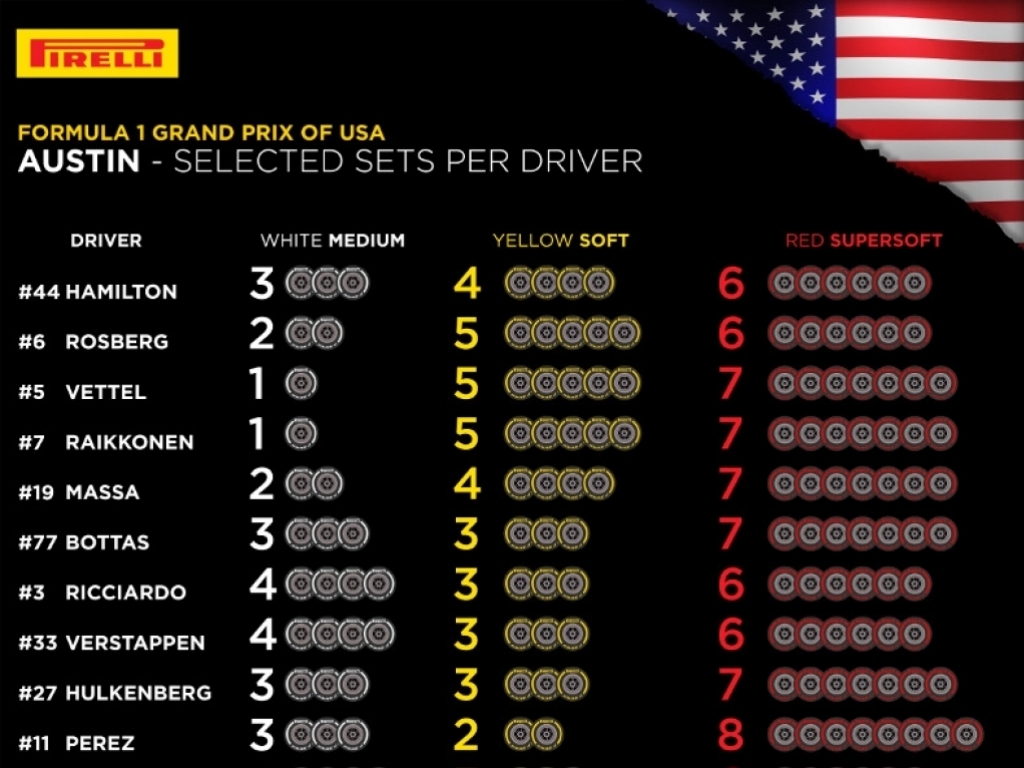 Pirelli’s supersoft tyres are the preferred choice for the drivers for the upcoming United States GP with Ferrari taking just one set of the hard tyres.

Formula 1 next heads to the Circuit of the Americas where the tyre allocation comprises the medium, softs and supersoft tyres.

Championship leader Nico Rosberg has opted for two hards, five softs and six of the supersofts while his title rival Lewis Hamilton has gone with three, four and six of each.

Red Bull Racing are bringing more sets of the medium tyre than most of their rivals, taking four of those, three softs and six supersofts.

Ferrari have gone with only one set of the hardest compound, five softs and seven supersofts.