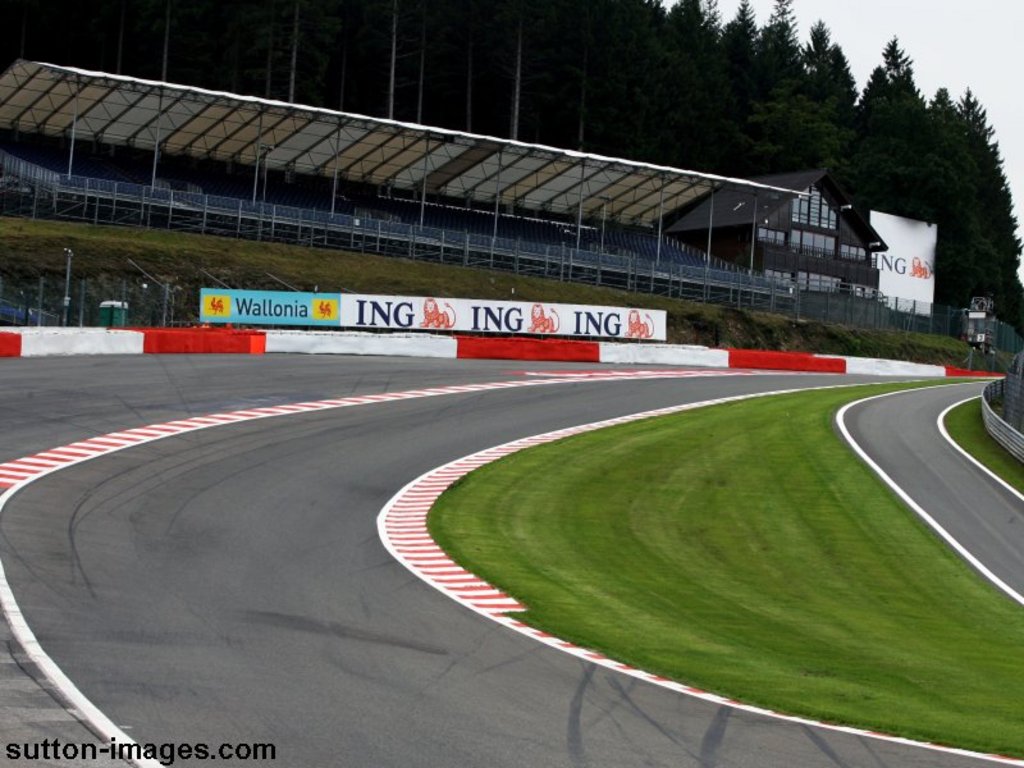 The FIA has imposed a ban on the use of the drag reduction system at Eau Rouge corner in Belgium due to safety concerns.

According to BBC Sport, motorsport’s governing body was worried that the moveable device could prompt drivers to take more risks at Spa-Francorchamps’s famous 180mph turn during practice and qualifying.

‘Governing body the FIA is concerned that using the device in the flat-out 180mph section could be a safety risk,’ the report states.

‘The DRS device, which increases top speed by reducing cars’ downforce by about 10%, is mainly used on straights.

‘Race director Charlie Whiting is worried its use on bends could increase the chances of a major crash.’

The FIA confirmed on Monday that teams have been informed that drivers may not use the device at Eau Rouge on Friday and Saturday.

The technology won’t be used at the famous corner on Sunday as the DRS activation zone starts on the straight from Raidillon to the Les Combes chicane, which is after Eau Rouge.

HRT’s Tonio Liuzzi admitted earlier that the drivers don’t have the same concerns they had over the use of the technology at the Monaco tunnel.

“For us it will be on the edge with the DRS, but the tunnel situation was a bit different,” he told Autosport. “The reason I was asking to ban it there was because of a crash, wheel-to-wheel in the tunnel, which could be a really critical situation.

“In Eau Rouge it is different. It is open air there, there is no roof, with no pylons – so it could be a normal racing accident as at any normal place. It is an easier decision for the FIA, because Monaco was a bit more risky. But I will take it as it comes, I like a challenge.”