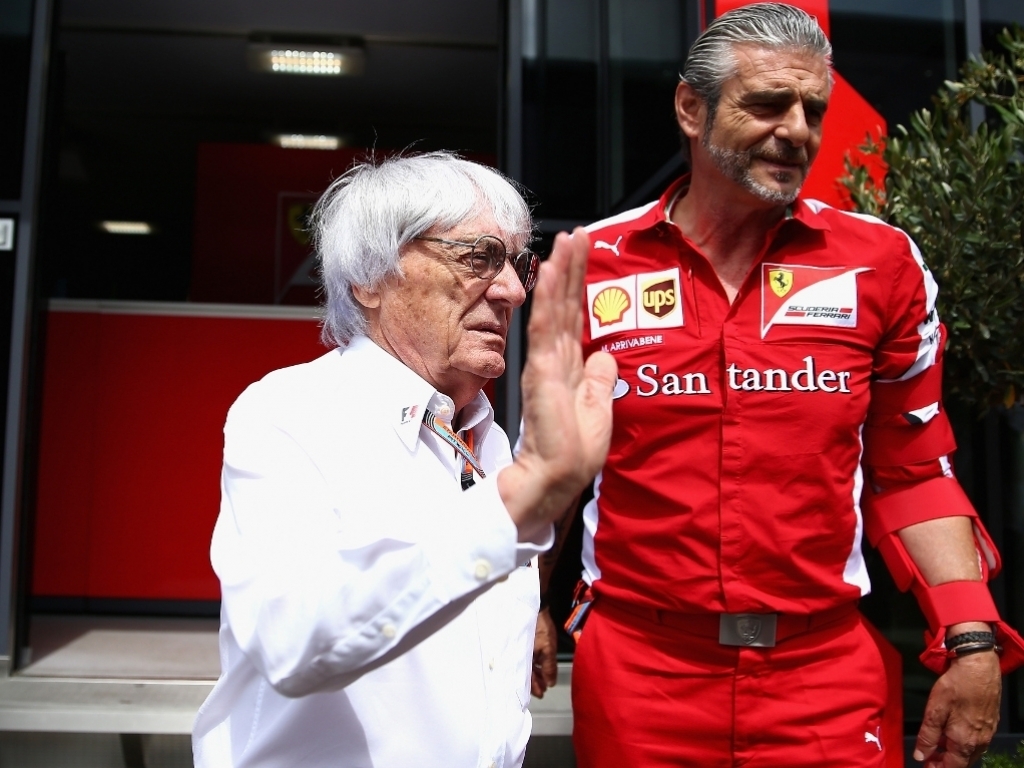 Formula 1 supremo Bernie Ecclestone has claimed that Mercedes helped Ferrari close the power gap after their uncompetitive season in 2014.

Ecclestone is convinced that the Silver Arrows helped the Scuderia as they drastically improved in 2015, but according to the 85-year-old it wasn’t enough as they have yet to win a race in 2016.

“Mercedes helped them, but obviously not enough!” Ecclestone told Formula1.com during an exclusive chat.

During the same interview, Mercedes boss Toto Wolff sat alongside Ecclestone and denied his claims, but that didn’t stop the billionaire from continuing his accusations.

“Bernie always says that we’ve helped them – but not enough!” claimed Wolff.

“Of course we didn’t. In the end your success is all about people, isn’t it Bernie? With the right people you get it right.”

Ecclestone responded: “You really think so?”

“Everything in this business is about rumours. Toto says that Mercedes didn’t help Ferrari, so they didn’t give any help – obviously. Because he is saying the truth.

“What I am saying is what I have heard. And it’s good that they helped them. I’d say they should have helped them a little more!”