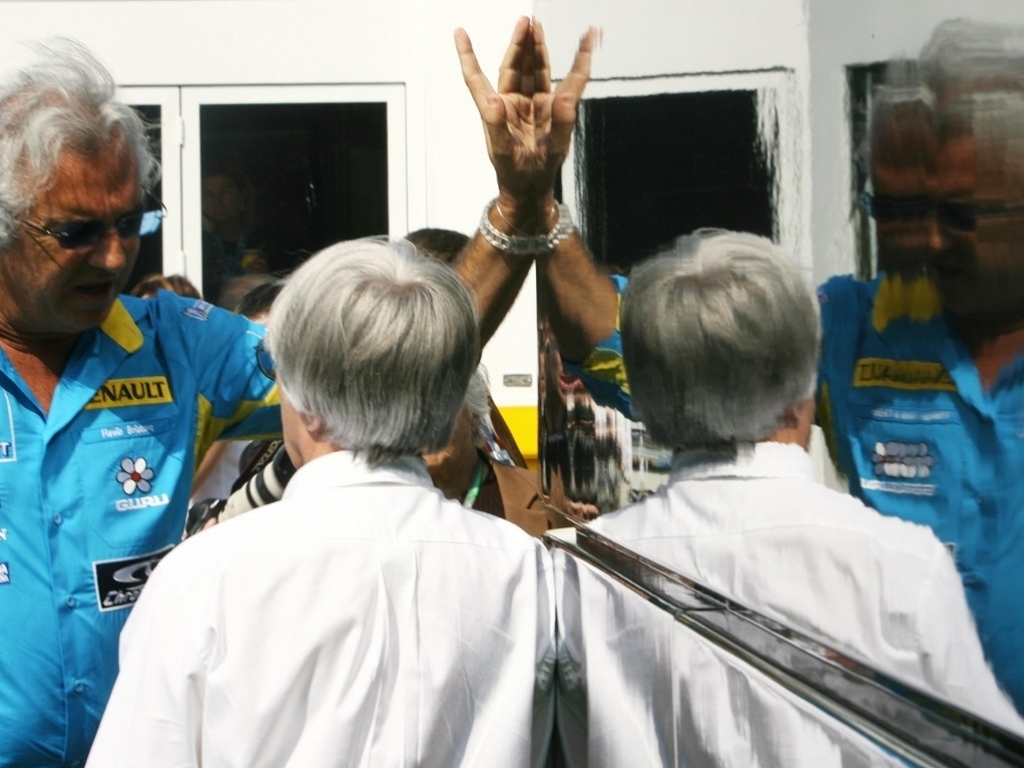 Bernie Ecclestone says there is “no way” he would want to buy back F1 and would nominate Flavio Briatore as the one to share his workload with.

Ecclestone may still hold the title of F1 supremo, however, these days the Brit has bosses to answer to having sold F1 to CVC Capital Partners a decade ago.

That, though, is an arrangement that works for him with the 85-year-old admitting it would be “far too complicated” to ever buy back the sport.

“No way, not at all,” he told the Daily Star Sunday when asked if he wanted to. “It would be too difficult and far too complicated.

“I am happy with the shareholding I have. I would want to buy more or less all the other shares so there would be no democracy – and I would not want that.”

What he does want though, is someone to work alongside him and share the responsibilities.

However to date all the names that he has put forward – the people that he would be “happy” to work with – have been rejected by CVC.

“The shareholders were desperate to see if they could get somebody to help me, in case something happened to me and I was not here to run the business,” he explained.

“I’ve been looking for a few years and I’d be really happy to have someone who could share some of the responsibilities I face.

“Someone who can ease the burden of some of the rubbish I have try to cope with – and let me get on with what is best for F1.

“There are a million people who think they can do it – but it is an urgent case of finding the right one.

One such man is Flavio Briatore, the former Renault team boss who left the sport under a cloud of scandal following the Crashgate revelations regarding the 2008 Singapore Grand Prix.

“I would love Flavio to come back,” he said.

“But there are blocks on him and that is so sad and a great loss to F1.

“He understands this business and loves it. He’s the guy I most trust.”

But don’t think for a moment that just because he’s ready to share the role that Ecclestone is going anywhere.

He added: “My view of life and business is simple – do your utmost to make a success, stay involved – or get out.

“Despite the setbacks and my backing down from a buyout, I’m going nowhere – well, not just yet.”