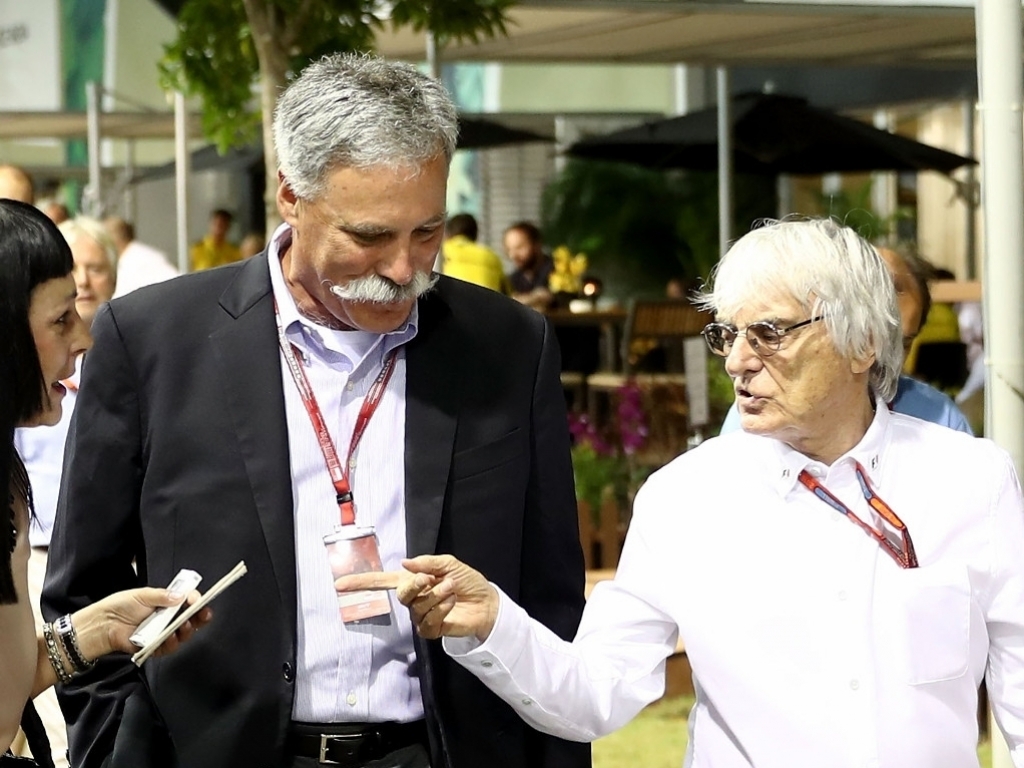 Bernie Ecclestone concedes the takeover of Formula 1 by Liberty Media could cost him his job with reports linking former ESPN exec Sean Bratches to his role.

Ecclestone has been in charge of Formula 1 for 40 years with the F1 supremo playing an integral role in building it up to the billion dollar sport that it is now.

However, his days in charge could be numbered.

Estimating that Liberty Media’s takeover, which got the green light from the FIA earlier this week, could be resolved in “within three or four weeks”, Ecclestone says he has yet to learn whether he will stay on as CEO.

“We will have to see how we set the company up,” the 86-year-old told Press Association Sport.

“It is not a case of my terms, it is a case of let’s have a look and see which way they would like to go.

“It is something that would have happened anyway. We need to put something together if I am not here because I have become deceased or something and it is about time we did that.

“We were in the middle [of that] and when we knew these people were probably going to buy we backed off and thought ‘let’s wait because they own the company and it is up to them to decide who or what they want’.”

Last year it was revealed that Liberty wanted Ecclestone to stay on for three years but that has yet to be set in stone.

“That is what they asked for. In fact we are going to try to put together people that can look after all the things I have been trying to find people to do, which is the sponsorship and things like that.

“As I said, let’s see how we are going to operate.”

However, according to reports, Liberty owner Chase Carey is already chasing a replacement for Ecclestone.

He is is believed to have approached Sean Bratches, a former executive for ESPN who was linked credited with facilitating the rise of the sport’s giant.

The Telegraph reports that Carey is expected to appoint an executive in “coming days” with the new exec taking charge of marketing, sponsorship and media rights deals.

The newspaper added that while Ecclestone is keen to stay on for a few more years, “so far all Liberty’s rhetoric has been about making a clean break with the past. The likelihood is that the latest step in their acquisition of F1 will finally force the sport’s once all-powerful figure to take a passenger seat.”

Ecclestone, meanwhile, revealed that he expects Liberty to have control of Formula 1 when the new season starts in March.

“Yes. Absolutely. One hundred per cent,” he said.