Home Uncategorized Ecstatic Hamilton: Nothing is ever easy 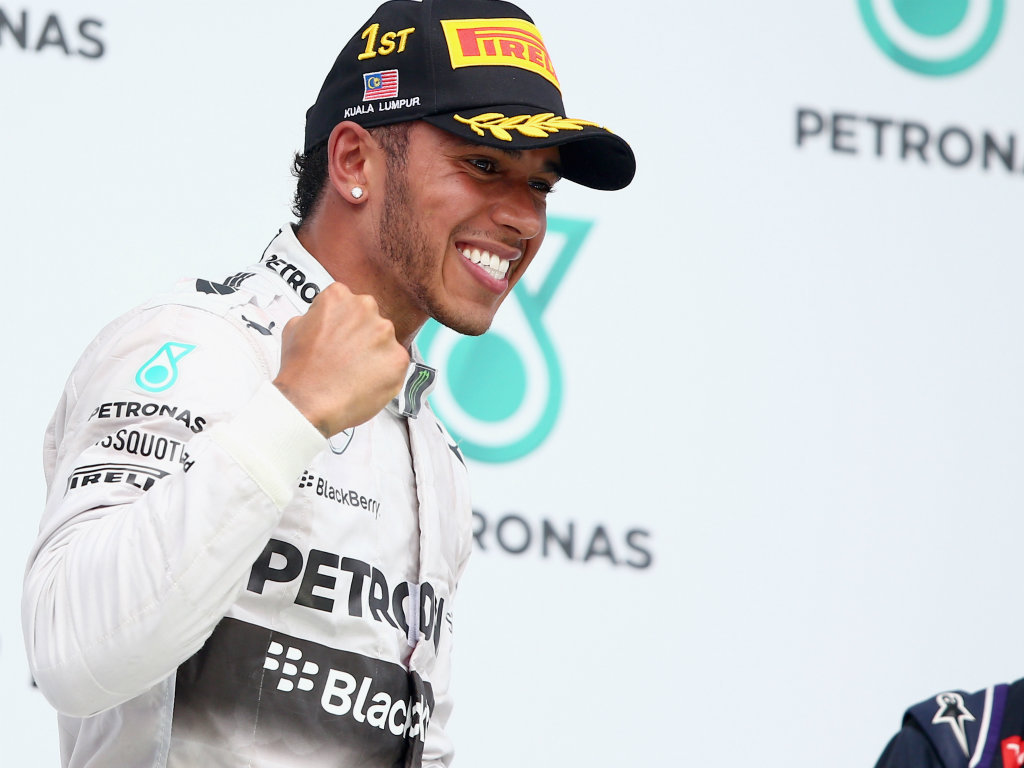 There was a great sense of relief for Lewis Hamilton as he crossed the finish line at Sepang after he secured his maiden Malaysian Grand Prix victory.

The opening race of the season in Australia a fortnight ago was a rollercoaster one from Hamilton as he started on pole, but was forced to retire after just a handful of laps. He made it back-to-back poles in Malaysia, but the events from Melbourne were no doubt in the back of his mind.

However, he got away cleanly on Sunday and led from pole to flag with his Mercedes team-mate Nico Rosberg finishing second and defending World Champion Sebastian Vettel completing the podium.

The victory was the 2008 World Champion’s first at Sepang and he is hopeful there is still plenty more to come from the Brackley squad this season.

“To win that race is incredible – I’m kind of lost for words, really. Just ecstatic – what a great weekend for the team, particularly after a difficult weekend in Australia. To see all the work the team have done to get us here today, well I’m really proud,” he told BBC Radio 5 live.

Hamilton also dedicated his victory to those affected by the Malaysian air disaster. Flight MH370 went missing on March 8 and it is presumed to have crashed in the southern Indian Ocean.

“I came into the weekend thinking that dedicating a win to the people of Malaysia would be a really cool thing to do. You can never predict that you’re going to win, so the first thing I thought of when I crossed the line was those families,” he said.

“I’ve been watching it every day on the news and cannot even imagine what it’s like for them. I know this won’t do anything for them, but still, hopefully it’s a positive.”