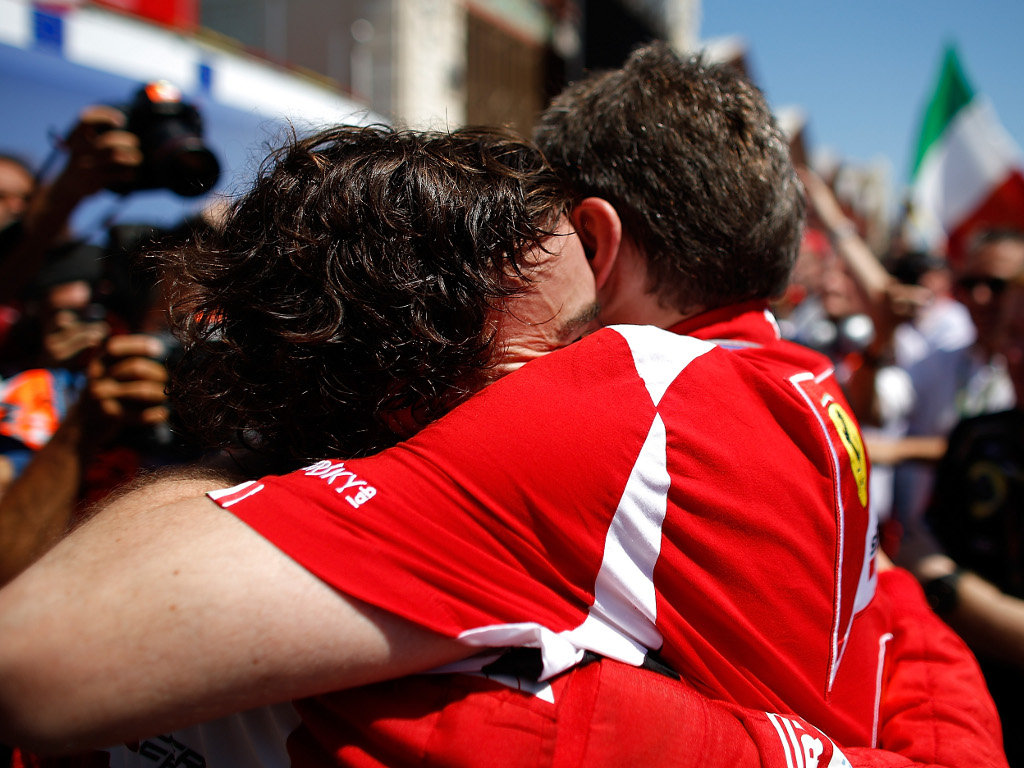 Fernando Alonso was very emotional as he claimed his second win on home soil, beating Kimi Raikkonen to the chequered flag in Valencia…

Fernando Alonso was extremely emotional as he claimed only his second win on home soil, beating Kimi Raikkonen to the chequered flag in Valencia on Sunday.

The Spaniard had previously won the Barcelona grand prix back in 2006 with Renault but after a long wait was back on the top step at home, this time in Valencia and with Ferrari.

“I cannot put into words the special feeling of winning your home grand prix,” said the double World Champ. “It is unique and special.

“I had the opportunity in Barcelona in 2006 and did the same here in Valencia.

“The stands were full of colour and Spanish flags and, after the footballers won at Euro 2012, I am feeling very proud to be Spanish at the moment.

“This is possibly the best victory I have ever had.”

Alonso’s victory on Sunday saw him become the first repeat winner of this season, an impressive achievement given that he started the 57-lap grand prix 11th on the grid after lacking pace in Saturday’s qualifying.

“Sport is about that, sport is about up and downs; yesterday we had a tough moment, we were sad about not being in Q3 but you can never give up because anything can happen in sport in general.

“Maybe more in Formula One, which is something that has many factors inside. There are the cars, there are the brakes, engines, anything can have a failure in the race.”

Speaking about his grand prix and the moment after the Safety Car, he said: “When you find yourself third after the Safety Car I said hopefully there is the chequered flag now and I enjoy this podium celebration, but two laps later I overtook (Romain) Grosjean on the restart, then Vettel stopped and it was a very long race from that point.

“You enjoy this moment so much, but it’s difficult to describe in words what I am feeling.”

Such was the European GP winner’s joy that he stopped his car on his in-lap, climbed out and soaked in the applause from the Ferrari and Spanish fans in the grandstands before getting a lift back to the pits in the Safety Car.

The first to welcome him home was Ferrari team boss Stefano Domenicali.

“It was an unbelievable race and, for me, it is important that we kept the pace,” the Italian told the media.

“Our main competitors lost some important points and I am very happy for Fernando, it was an incredible performance. Yesterday was not easy for us, but it’s great for us today.”