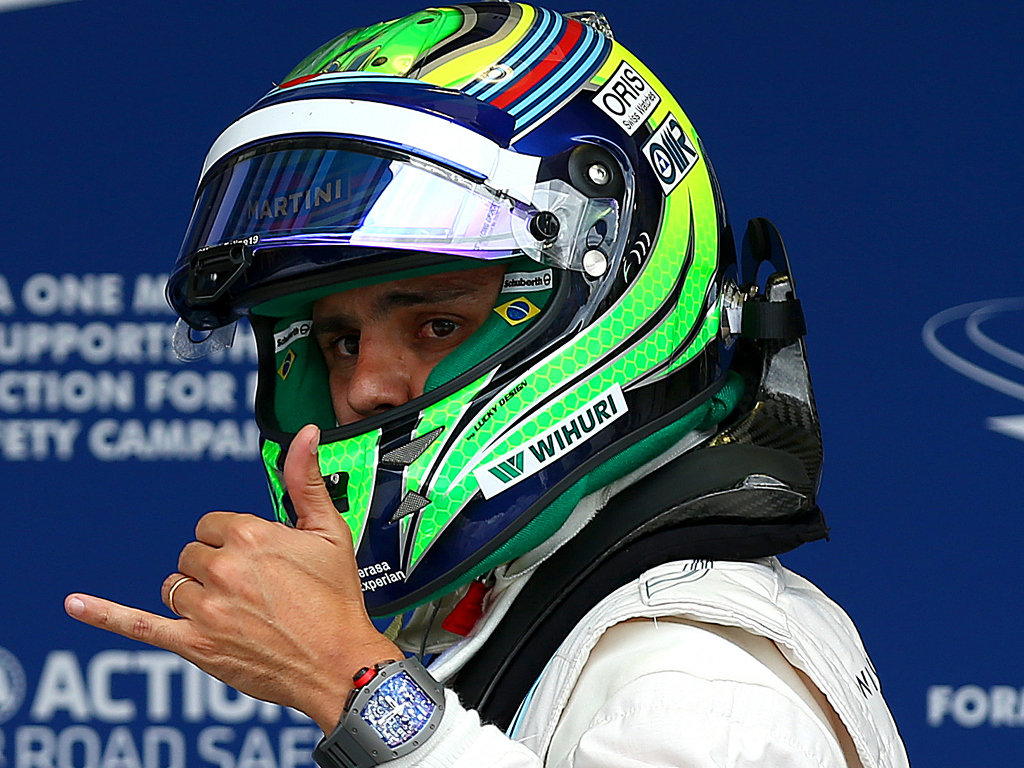 It was a happy return to his home track at Interlagos for Felipe Massa on Saturday as he qualified third fastest.

Having played second fiddle to his Williams team-mate Valtteri Bottas both in qualifying and race day at Sochi and Austin, Massa finally got the better of the Finn in Brazil.

Although Nico Rosberg and Lewis Hamilton locked out the front row of the grid for Mercedes, the Williams drivers kept them honest as Massa was just 0.224 slower than pole sitter Rosberg and Bottas another 0.058s adrift.

Massa, though, is delighted to be able to challenge so high up the grid at his home race.

“It’s very emotional to be here in Brazil and have a competitive car and start in the top three,” he said. “I didn’t use everything I could from the car – I got a lot of traffic in my last run. There were also problems in the garage and I couldn’t improve my lap time.

“Everyone was improving a bit on the second set. I was not going to improve to beat them but maybe I could get close. It was very tight between team-mates but I think that’s the good thing. I’m so happy. I hope it’s just the beginning for a good result tomorrow.”