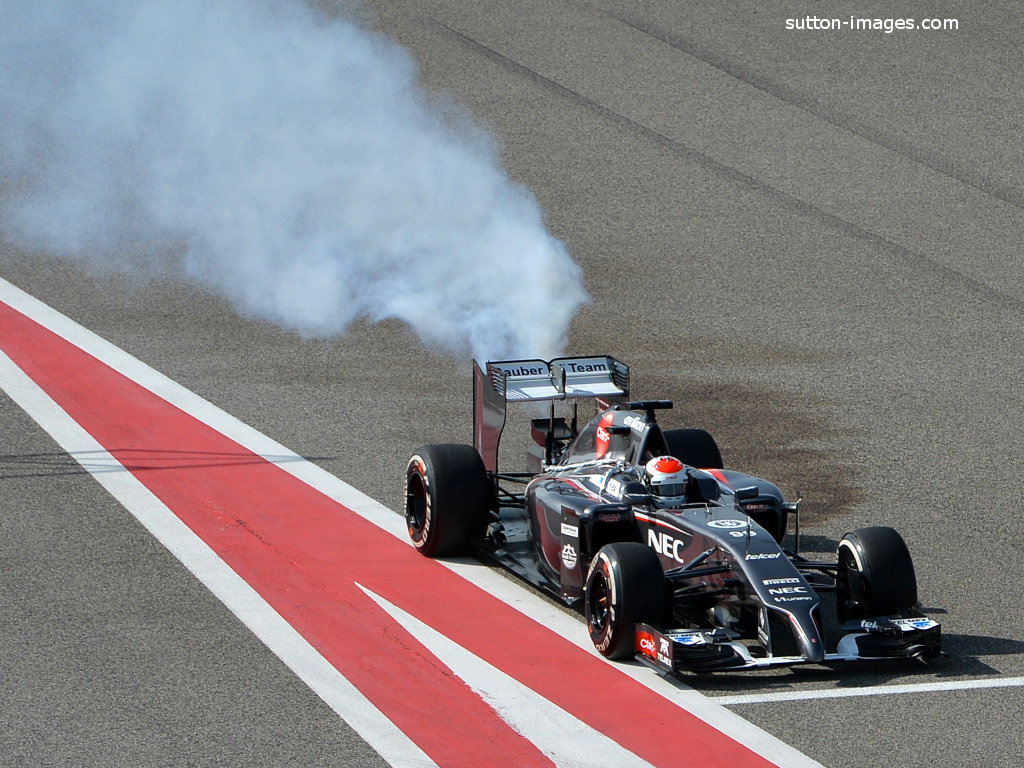 Adrian Sutil had a dismal penultimate day in Bahrain as an engine problem kept his lap count down to one.

The Sauber driver headed out in the morning’s session in the hope of developing his new C33.

But instead he came to a smokey halt on the side of the track, bringing an end to his day’s running as – “as a precaution” – Sauber were forced to change the engine.

“This is why we are testing,” said a pragmatic Sutil. “Of course I would like to drive as much as possible, but you have to look at the overall picture and the team decided to focus on and get ready for the final day of testing tomorrow.

“I would rather have these issues appearing here at the test than on the first race weekend. It shows how complex the new car and powertrain are and that we are exploring them to the limits.

“Although the garage doors were closed, the engineers and mechanics worked incredibly hard and hopefully we’ll have a better day tomorrow.”

Having missed Saturday’s action, Sutil will now be in the car on Sunday morning before handing it over to team-mate Esteban Gutierrez.

Explaining what went wrong with Sutil’s Ferrari engine, head of track engineering Giampaolo Dall’Ara said: “Unfortunately today we have encountered an anomaly on the engine and as a precautionary measure we decided to change it, which meant that we could only manage one lap in the morning.

“However, assembly takes considerably longer and at a certain stage during the afternoon we decided to focus on tomorrow and be ready for the final day of testing. The crew worked tirelessly and hopefully tomorrow we can get on with our programme.”