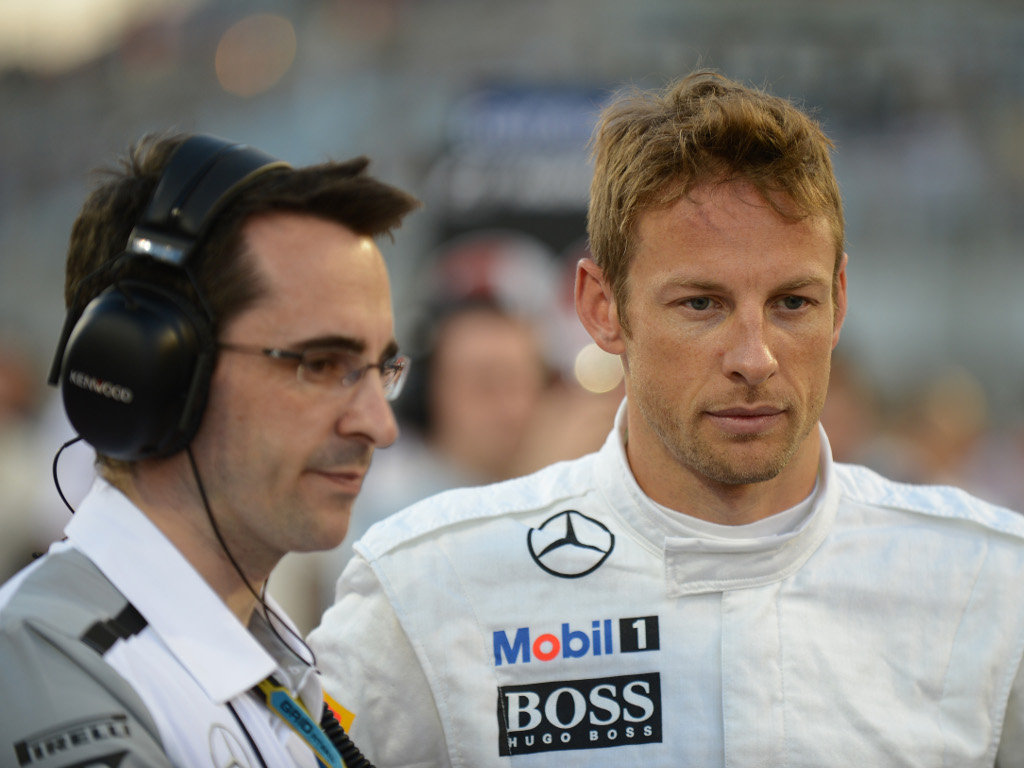 Jenson Button’s race engineer Dave Robson is off to Williams this season where he will fill that same role for Felipe Massa.

Williams have announced changes to their engineering department ahead of the 2015 Championship.

Massa’s previous race engineer Andrew Murdoch has been promoted to Senior Performance Engineer with Robson joining to fill the gap.

Robson joins from McLaren, where he had been working with Button since 2010, most recently as his Race Engineer.

Meanwhile, Carl Gaden, who has spent the last 22 years as Chief Mechanic at Williams, has been promoted to Senior Car Systems Engineer.

Mark Pattinson, previously Number 1 Mechanic to Massa, will step up to take on the role of Chief Mechanic.

“Off the back of a great 2014 campaign Williams is determined to continue this positive momentum into the new season, and these recent changes show our commitment to that goal,” said Williams Chief Technical Officer Pat Symonds.

“We are proud to be able to promote our existing talent to help strengthen every area within our engineering team and we will continue to invest in new talent where necessary to ensure we have the support and resources to achieve our on-track ambitions throughout 2015 and beyond.

“Our engineering team for the coming season is looking strong and I’m excited to get the new season underway.”