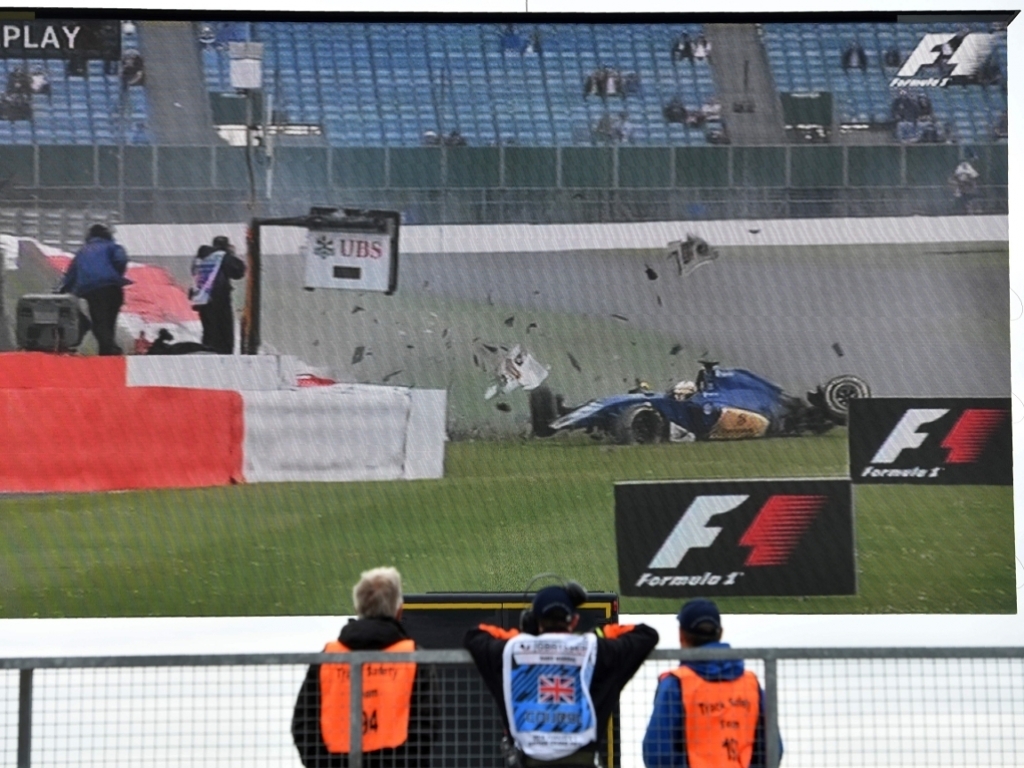 Following his huge accident during FP3 of the British Grand Prix, Sauber driver Marcus Ericsson has revealed that he is fine after a trip to the hospital.

The Swede was forced to sit out the qualifiers for tomorrow’s race after the incident, which saw his car crumble after he went over on the kerb at the exit of Stowe, resulting in his Sauber car sent flying into the barrier.

However, after routine check-ups at the hospital, the 25-year said that although he is feeling sore everything is fine and that the FIA medics will make an assessment as to whether or not he can race tomorrow.

Back in the paddock after checks on the hospital. Everything looks ok, just a bit sore. Thx for all the messages pic.twitter.com/V5wVcWIlpC

“It was obviously a huge accident – I went a bit too wide on the kerb in Turn 15 and touched the grass, which was a bit wet,” said Ericsson.

“I lost the car and this was followed by a big impact with the barriers.

“I went to the medical centre, but, because of the impact, they wanted to send me to hospital. Many check-ups have been done and things are looking good. I am feeling a bit sore, but everything else is ok.

“It is obviously disappointing that I was not able to participate in qualifying, but the most important is that I am alright. I apologise to my car crew that I have caused them a lot of work.”

According to Sauber boss Monisha Kaltenborn, if Ericsson gets the go-ahead to race then he will need a new chassis and will receive a five-placed grid penalty for changing his gearbox.