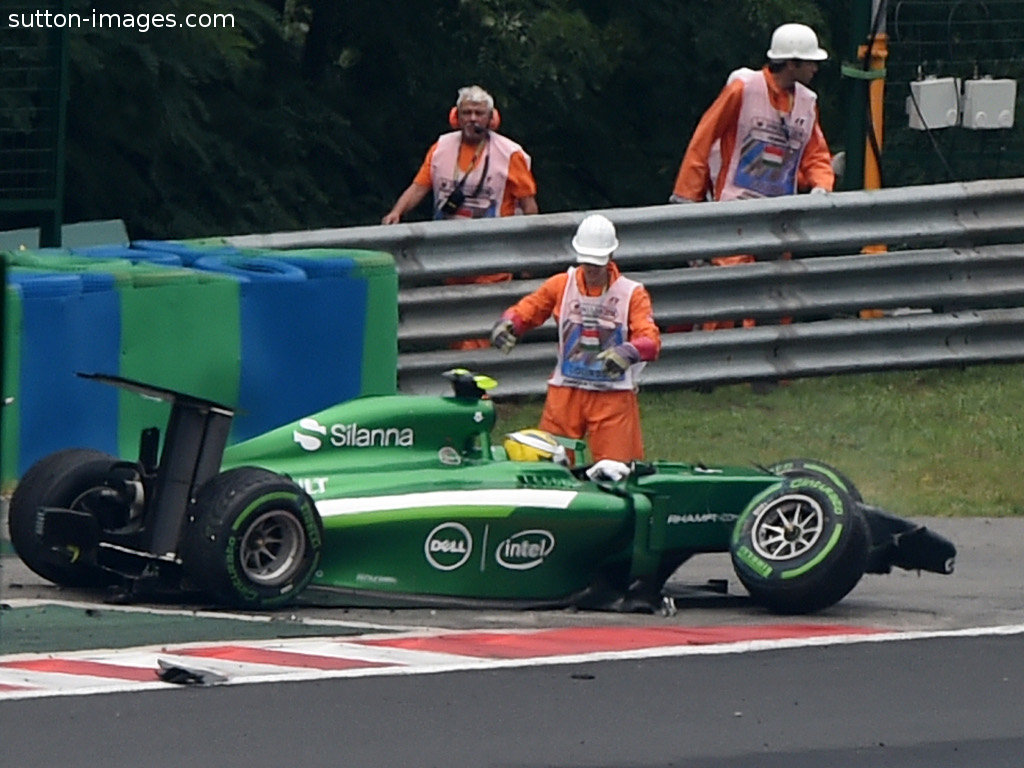 Marcus Ericsson is fine despite being a “bit too eager” in Sunday’s Hungarian GP which resulted in a 20G crash.

Racing Max Chilton and Pastor Maldonado for position, the Caterham driver accepts he made a mistake that put him out of the grand prix.

He lost control of his CT-05 and slammed into the wall at Turn 3, nose first.

The impact registered at about 20Gs and Ericsson was taken to the track’s medical centre for precautionary checks. He is ok.

He said: “It was quite a good race up until the point where I crashed on lap seven.

“My start was ok and I was having a good fight with Chilton and Maldonado, trying to line them up through Turn Three and I was just a bit too eager in the throttle. The back stepped out and I couldn’t catch the car and that was it, I was in the wall.

“It was a pretty big shunt! I went to the medical centre straight after the crash and they told me it was about 20g, but physically I feel fine.”

The 23-year-old has apologised to Caterham, although his crash could not have come at a worse time given that no one at the team is certain of their future.

He added: “I’m sorry for the guys on track and back at Leafield though – they put in 100% all the time and it’s obviously not a good feeling for them to see one of their cars in the wall, but we’ll come back fighting in Spa where we have some new parts and we’ll keep pushing, there and for the whole second half of the season.”