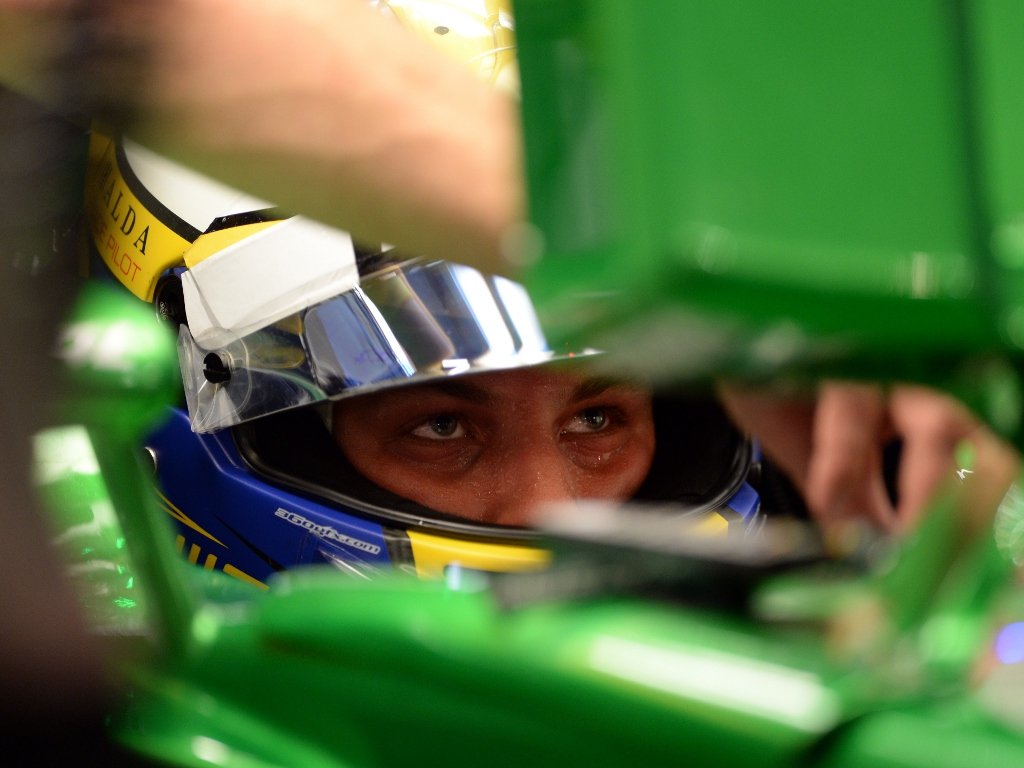 Marcus Ericsson says he is determined to remain on the grid next season and “establish himself as a Formula 1 driver”.

Life in the fast lane hasn’t been very rosy so far for the Swede as he has often found himself at the back with Caterham’s CT05 not the easiest car to drive.

Added to that is the ongoing speculation over the outfit’s long-term future after F1 supremo Bernie Ecclestone suggested there could be eight, three-car teams on the grid next year.

With their future not yet secure, Caterham are yet to confirm their plans – let alone driver line-up – for the 2015, but Ericsson’s management is working behind the scenes to earn him a 2015 drive.

“For me personally I haven’t got involved with anything at all but I know that my management and my people around me are pushing very hard to make me stay in Formula One for next year,” he told Crash.net in an interview. “That’s their sole aim at the moment; to make sure that I’m on the grid for next year.

“So that’s what we’re working towards and that’s all I know! They’ve told me ‘Do your thing, do a strong end to the season but we are pushing 100% to make you stay in Formula One’. I think that’s speaking with Caterham and also looking at other opportunities of course. I’ve enjoyed my year with Caterham, I get on really well with the people so I think we keep all options open but 100% focus is to stay in F1.”

He added: “At the moment I want to establish myself as a Formula One driver. That’s my number one goal and to make sure that I’m staying here for many years, but then of course as a racer you want to win. There’s no question about that, so that’s the ultimate goal.”

Ericsson admits it has been a disappointing campaign for everyone at Caterham as they were hoping to make the step up.

“To me it’s been a very tough season. When we signed the deal with Caterham in the winter and had the first meetings with them and started to work, we all – the whole team – hoped to make that step to be in the lower midfield at least and mix it up a bit with the teams ahead. Obviously quite quickly we realised that was not going to happen,” he said.

“So that made it a lot more tough, but still for me coming from Sweden – from a normal family in Sweden – to be able to reach all the way to Formula One and to compete in Formula One has been amazing, you know? The support I’ve had back in Sweden has been amazing as well. So for me, even though we’ve been racing at the back and it’s been tough at times I’ve enjoyed every second of it I would say.”