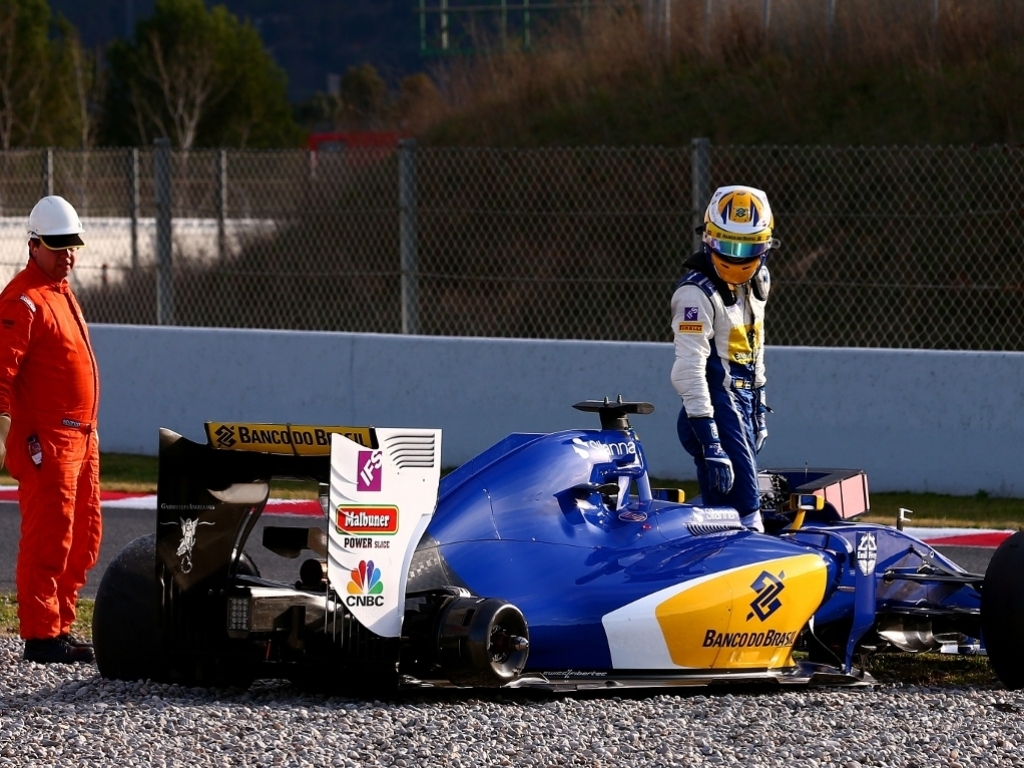 Sauber's second day in the new C35 was blighted by engine troubles that limited Marcus Ericsson to just 55 laps.

The Swede made a late start to Wednesday's action at the Circuit de Catalunya as Sauber performed an overnight engine change that took longer than expected.

That, though, wasn't the end of it.

Various issues relating to his Ferrari power unit meant his programme for the day was limited.

"We had some issues all day long," he said.

"First of all it was an engine change overnight which took a bit longer than expected.

"Then when we got out on track there were still some issues relating to the power unit that held us back and made us do just outlaps.

"Of course it's a bit frustrating, but that's how it goes sometimes over the first couple of days in a new car."

Ericsson's day went from bad to worse in the afternoon when he brought out the red flag.

The drivers lost control of the car when the right rear wheel came off, leaving him beached in the kitty litter.

"We're not sure 100 percent yet, they are investigating. Basically it just fell off when I went into the corner… It was just the wheel," he explained.