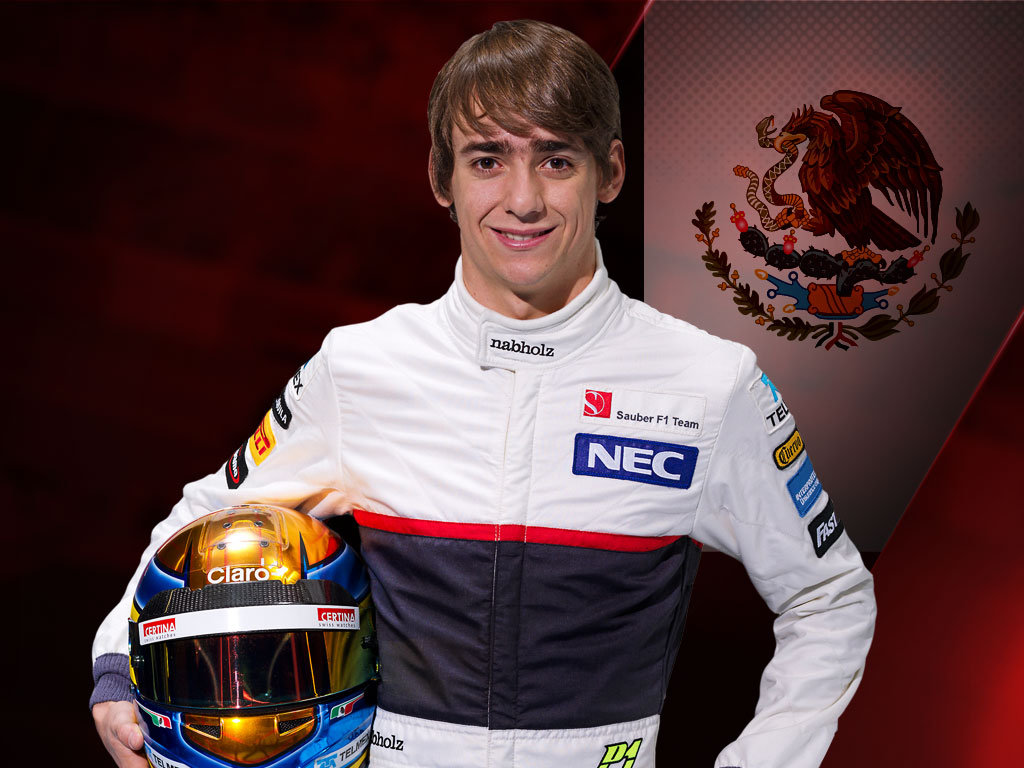 The second Mexican rookie to join Sauber in recent years, Esteban Gutierrez will be eager to prove that his talent is as vast as his sponsorship.

Gutierrez started his career in karting where he was crowned Mexican Champion in 2005 before graduating to Formula BMW USA two years later where he finished runner-up.

Climbing his way up the ranks, Gutierrez contested the Formula BMW Europe in 2008 where he claimed seven victories and won the title by an impressive margin of 26 points over his nearest rival. That feat saw him become the youngest Mexican driver to win an International Championship at just age 17.

From there he went on to Formula Three Euroseries where he raced alongside Valtteri Bottas and Jules Bianchi. He finished ninth overall in the Championship before heading into GP3 where, racing for ART Grand Prix, he won the inaugural Championship with two races to spare.

Following the road towards Formula one, the 2010 GP3 Champ progressed to GP2 with ART, now known as Lotus ART. He was 11th in GP2 Asia having failed to score in three of the four races. The fourth, Imola, he finished fourth.

The main GP2 series, though, yielded his first victory as he took the chequered flag in the Valencia sprint race. He was back in the points with a P2 in Hungary and a P6 in Italy.

Retaining his seat for the 2012 campaign with the team, now known as Lotus GP, Gutierrez finished third in the standings with three victories and an additional four podium results. He netted a total of 176 points.

The 2012 season also saw the Mexican driver enter F1 having been signed as Sauber’s reserve driver. That role meant he filled in for the ill Sergi Perez in Friday’s first practice in India while also getting two days of running at the Young Driver test.

His performances resulted in a promotion to race driver where he will partner Nico Hulkenberg in the 2013 Championship.