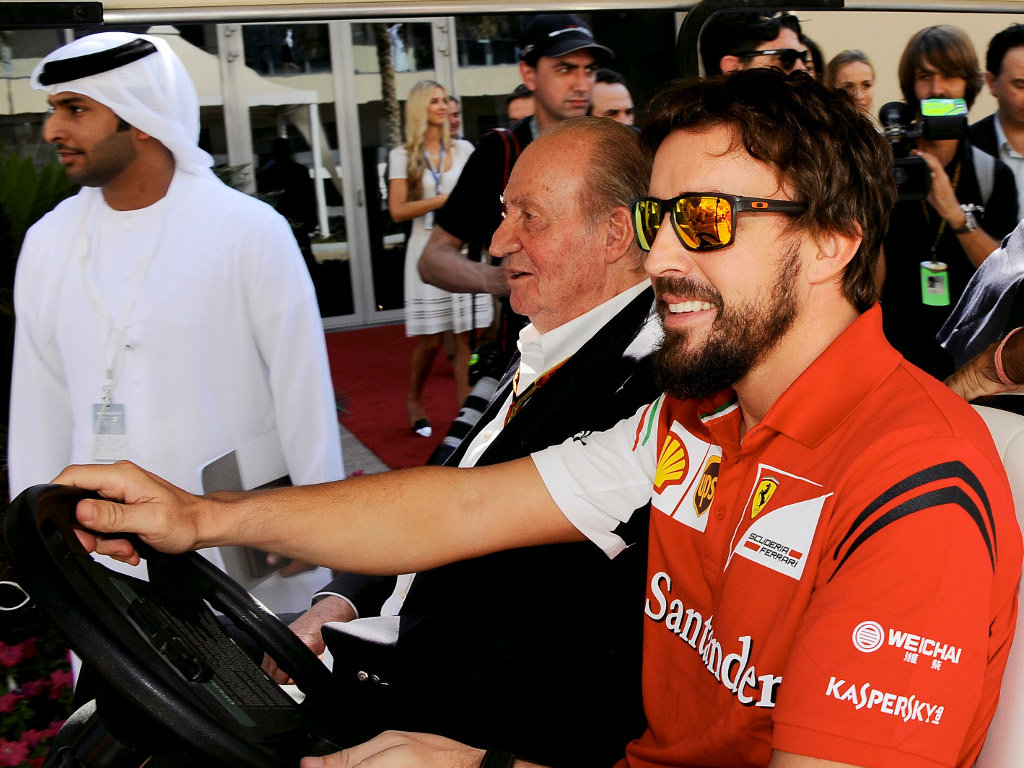 It’s hardly breaking news, but Alonso has refused to confirm that he will return to McLaren next year since announcing that he will leave Ferrari at the end of the season.

However, Juan Carlos did it on his behalf ahead of the season finale in Abu Dhabi and Alonso admitted after the race that the king is “always right”.

Asked about the revelation, the two-time World Champion replied: “What the king says I cannot go against. The king is the king. He is always right.”

Alonso finished a poor 2014 campaign for Ferrari with a ninth place at the Yas Marina circuit on Sunday.

“You want to be on the podium at least,” he said. “I knew it would be tough. It summarises our season a little bit. It’s mixed feelings leaving Ferrari. There are great people here.

“It was a nice experience but I’m looking for better results than 10th. You will find out very soon where I will be driving – you are close!”