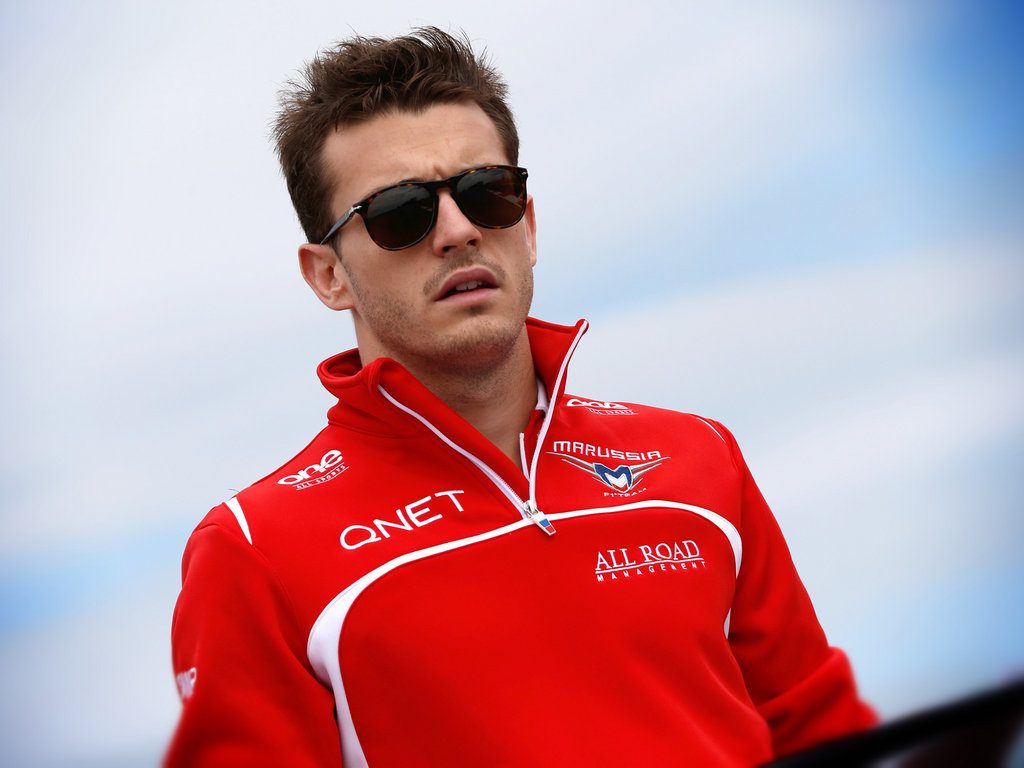 It could be weeks before doctors know how badly damaged Jules Bianchi’s brain is after his horror crash in the Japanese Grand Prix, a specialist warned Wednesday.

The Frenchman is under constant supervision following the weekend smash, with his worried parents regularly by his bedside.

“Jules remains in the Intensive Care Unit of the Mie General Medical Center in Yokkaichi. He has suffered a diffuse axonal injury and is in a critical but stable condition,” said a statement issued by the family and the hospital.

“The medical professionals at the hospital are providing the very best treatment and care and we are grateful for everything they have done for Jules since his accident.”

The 25-year-old Bianchi was knocked unconscious in a horrific high-speed crash into a recovery vehicle during Sunday’s rain-sodden Japanese Grand Prix.

He underwent emergency brain surgery, with doctors saying he was critically ill.

Motor racing governing body the FIA, meanwhile, said Wednesday it had ordered a report into the crash to be supervised by its top race director.

FIA president Jean Todt has asked Charlie Whiting, the Formula One race director, “to carry out a report on the precise circumstances which led to the accident,” the federation said in a statement sent to AFP

A diffuse axonal injury describes trauma that is spread across the brain, rather than in one place, and is caused by the shockwave from the sudden impact of the crash travelling through the brain. This causes bruising and kills cells.

The body’s response to the injury – swelling – exacerbates the problem because it restricts blood flow to the brain, causing more damage.

Experts say recovery rates from this kind of injury, which is frequently caused by vehicle crashes, are not encouraging.

“Whether a patient regains consciousness and recuperates fully or suffers after-effects depend on the degree of the injury and which part of the brain was hurt,” said Shinji Nagahiro, professor of the Faculty of Medicine at the University of Tokushima in western Japan.

“Some have to stay in bed for years with their bodies paralysed,” while others respond to rehabilitation, said Nagahiro, incoming chairman of the Japan Society of Neuro-traumatology.

“Generally speaking, doctors have to wait weeks or at least a month to give a prognosis of the injury or its after-effects,” he said.

Bianchi’s parents Philippe and Christine, who flew to Japan after the race, spent some of Wednesday morning with their son.

Doctors at the hospital have waived normal restrictions on visiting hours, to allow them to see him at any time, a hospital source told AFP.

Japanese medical care is world class, and both the family and visiting clinicians have expressed their confidence in local physicians.

The family statement said Professor Gerard Saillant, who treated Michael Schumacher after his near-fatal skiing accident last year, and Professor Alessandro Frati, a neurosurgeon from the University of Rome La Sapienza, were there.

“They… met with the medical personnel responsible for Jules’ treatment, in order to be fully informed of his clinical status so that they are able to advise the family.

“Professors Saillant and Frati acknowledge the excellent care being provided by the Mie General Medical Center and would like to thank their Japanese colleagues.

“The hospital will continue to monitor and treat Jules and further medical updates will be provided when appropriate.”

The race on Sunday was stopped shortly after Bianchi’s accident with championship leader Lewis Hamilton, who was in front at the time, declared the winner.

Organisers have come in for criticism over both the timing of the race, which went ahead despite torrential downpours caused by an approaching typhoon, and because a recovery vehicle was on a circuit run-off area, not behind a the tyre wall, without a safety car.

The heavy-lifting vehicle was trying to remove Adrian Sutil’s stricken Sauber, which had crashed at the same spot on the circuit a lap earlier.

Bianchi’s smash was captured on camera by a spectator, whose film shows the stomach-churning moment his Marussia ploughs into the recovery vehicle.

Sparks fly as metal is sheared and the driver’s head appears to bounce off the tractor-crane.

Former world champion Alain Prost on Tuesday said the removal truck should never have been there.

“The entry of this crane (onto the circuit) without the safety car is totally unacceptable. It’s a real mistake that should not be repeated,” he said.