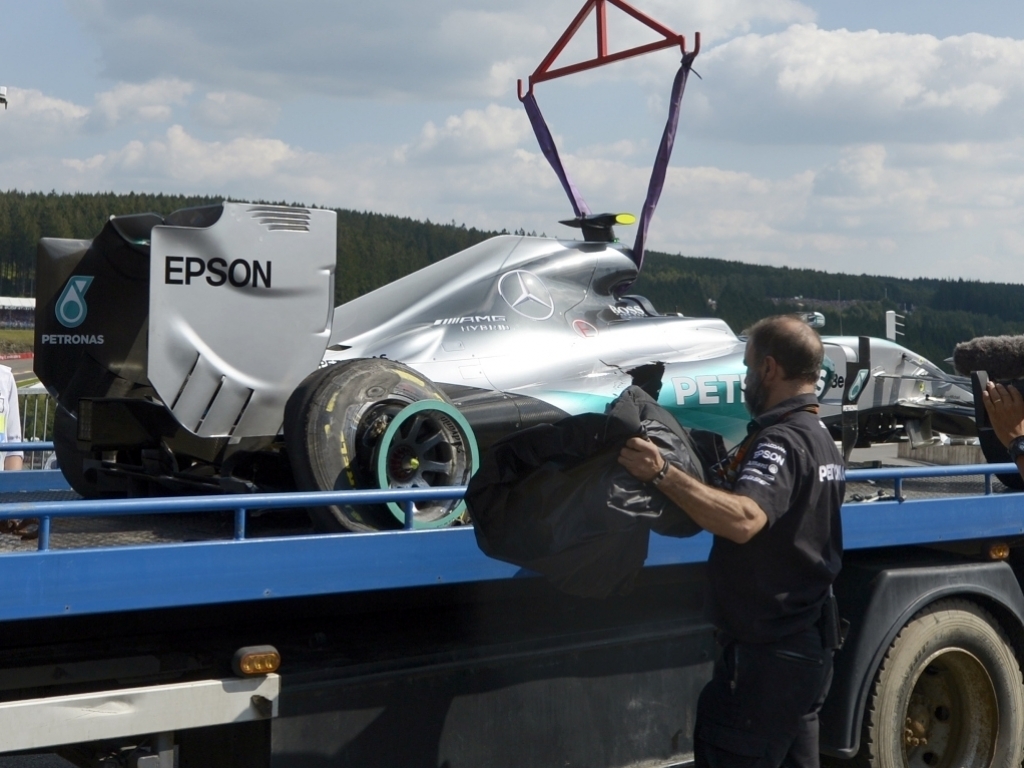 Pirelli have declared there is nothing wrong with the structural integrity of their tyres and have blamed an external cut for Nico Rosberg's FP2 blow-out.

The Mercedes driver was pitched into a high-speed slide at Spa on Friday afternoon when his rear-right Pirelli deflated.

The tyre manufacturer immediately launched an investigation into the incident and on Saturday ruled that it was not a failure on their part.

According to Pirelli, there are "no signs of structural integrity issue of the tyre" while video footage is "consistent with an external cut into the tyre structure."

Added to that quality data checks carried out on other tyres revealed no anomalies.

Paul Hembery, Pirelli's motorsport director, said: "We have conducted a thorough investigation to find out exactly what happened with Nico's tyre.

"This investigation now excludes any structural integrity issues. Based on the information and data available an external source of damage is the conclusion made."