Home Uncategorized The F1 Car of the Skies: The HondaJet HA-420

Since the mid 1980’s Honda has been dreaming about creating their own Private Jet and with the Federal Aviation Administration granting approval to fly the HondaJet in late 2015, Honda wasted no time in smashing some records.

Honda has long been labelling the jet the fastest in its class and naturally broke a couple of records to prove it.
The HondaJet broke an existing record for a flight between New Jerseys Teterboro Airport and Fort Lauderdale Airport with a flight time of just two hours, fifty one minutes and then went onto set another record for the fastest flight time between Boston’s New Bedford Regional Airport and Palm Beach International Airport, setting a flight time of two hours and fifty eight minutes. During this flight, the jet reached a maximum ground speed of 486 mph.

What else makes the HondaJet so special?

Engines
One of the most startling things when you look at this jet, is the fact that the engines are located above the wings – bucking the trend of most aircraft having their engines located under their wings. The Research & Design team at Honda found that in placing the engines above the wing, drag is reduced. An added benefit of this design change, is that it effectively increases cabin space, by removing support structures that are now redundant.
The HondaJet with four people on board has an effective range of 1,223 nautical miles. 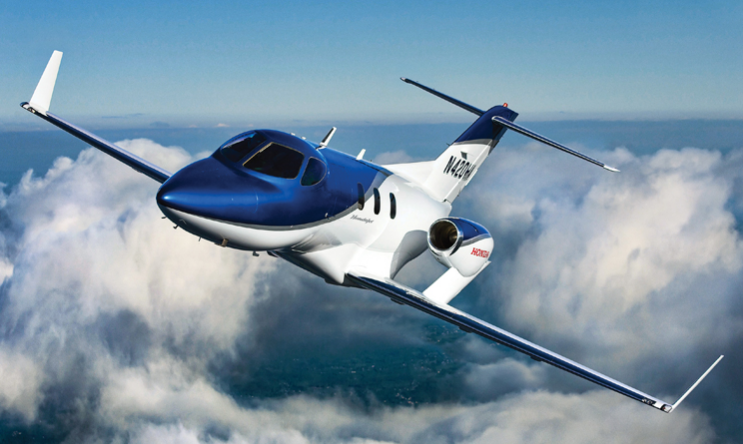 Aerodynamics
The wing of the HondaJet is a single structure, which has a little drop section on either side – opposed to bisecting the fuselage. It also has a smooth surface (you won’t find any rivets) to deliver better aerodynamics. Honda calls this wing design ‘natural luminar flow’ with winglets on the outer edges.

Lightweight & Efficient
Whilst most aircraft manufacturers build a fuselage out of aluminium, Honda have created theirs from a composite, lightweight material to increase performance, space and efficiency. Here is what Honda have to say on the material: ‘The Fuselage is created from a cutting-edge combination of co-cure integral structure and honeycomb sandwich structures’

Comfort
The HondaJet provides more cabin space than any other jet in its class and Honda’s engineers have made it a place for work and pleasure. No detail has been overlooked and everything from the ultra-comfortable seating and fully private lavatory has been designed to perfection. 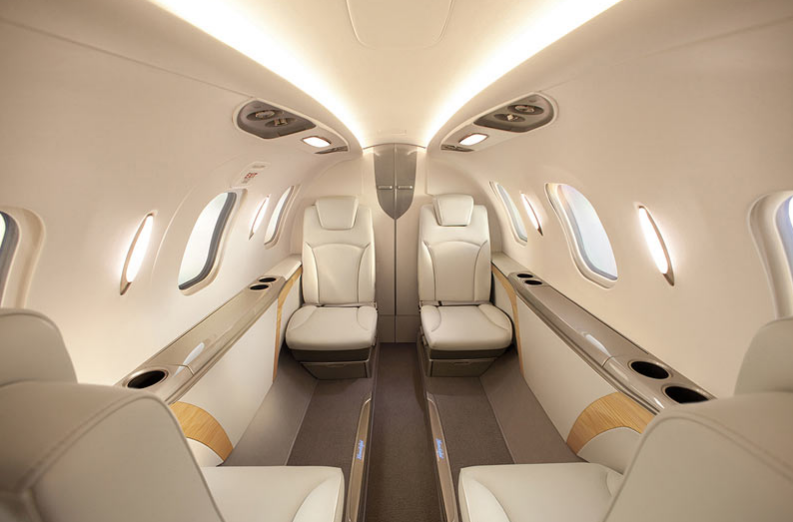 Cockpit
The HondaJet, as well as being easily operated by a professional pilot, has been designed so that the jet owner can fly the jet themselves. It’s designed to be easy to fly, the flight control systems are conventional and all inputs are done through mechanical controls. The whole cockpit is designed around a custom version of the Garmin G3000 avionics set up, which has three 14.1 inch high res screens. 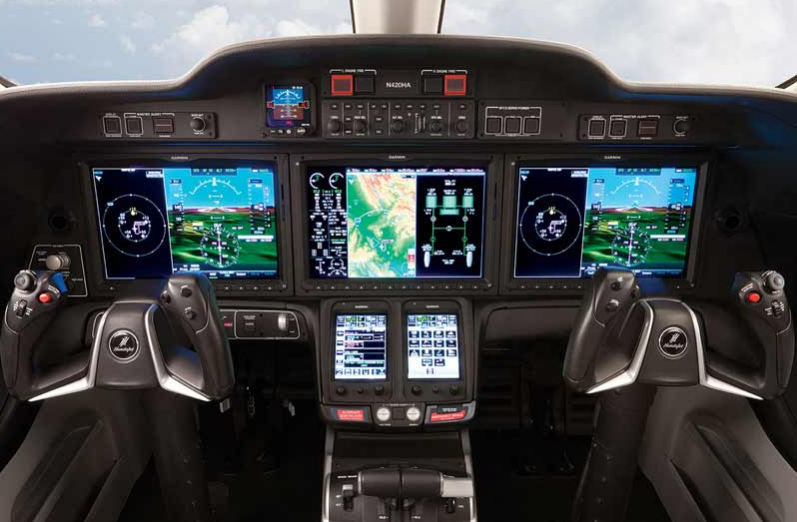 This Article was brought to you by the team at RAS Completions & Interiors. Working on thousands of Business and Lightweight Jets every year – they are the experts in all aspects of Aircraft Interiors and Exteriors, including Business Jet Interiors like the above.