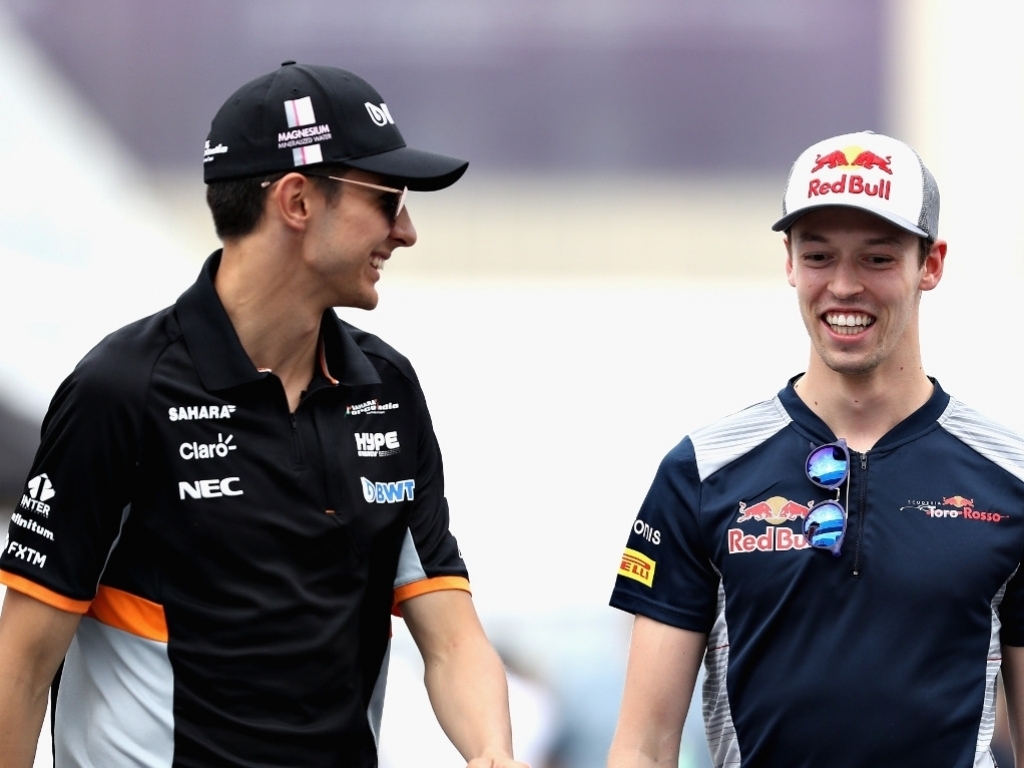 Force India duo Esteban Ocon and Sergio Perez are both sorry to see Daniil Kvyat leave the grid for a second time in quick succession.

Kvyat was dropped in favour of Pierre Gasly at Toro Rosso, but the Russian made a points-scoring return at the United States Grand Prix – only to be then cut from the Red Bull programme altogether to make way for Brendon Hartley.

Kvyat is now set to secure his future away from Formula 1, but Ocon would like to see his friend make another return.

"Daniil is a very nice guy and I've been friends with him for a long time. I'm disappointed to see he will not be on the grid in this race," Ocon said.

"I want to see him come back and I'm sure he has the capabilities. He's an awesome driver, really fast and he deserves to be on the grid.”

Perez also sympathises with Kvyat but feels his situation shows just how brutal the sport can be.

Perez added: "I have a lot of sympathy for him.

"This is a very tough business with very few opportunities and you have to succeed all the time.

"I really hope Kvyat gets a seat sooner than later and he can be in a good position in the near future."