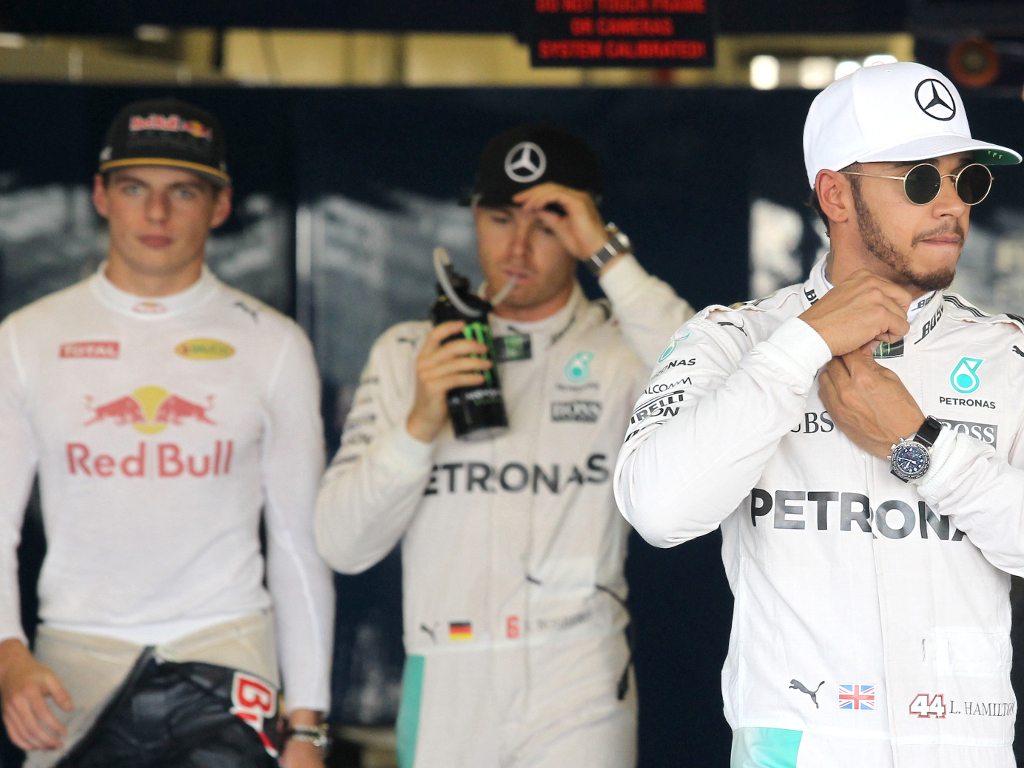 After last week’s comparison between the wages of footballers and Formula One drivers, we take a look at who rules the world of social media.

The mannequin challenge continues to sweep through changing rooms around the world, with a certain Cristiano Ronaldo take centre stage as always.

Somewhat surprisingly, footballers’ wages paled in comparison to some of the top Formula One drivers, but the figures are reversed when it comes to social media.

Hamilton may be likely to lose his world title to team-mate Nico Rosberg, but the three-time champions remains the biggest draw by far on social media, with the Brit not afraid to voice a controversial opinion.

Why so serious?? #Halloween pic.twitter.com/pg2stTyU5V

Alonso is no longer competing for World Championships but for two years the Spaniard was the best in the business after putting an end to Michael Schumacher’s domination of the sport. The 35-year-old still knows how to grab headlines, recently threatening to hit Sebastian Vettel.

Leading the drivers’ standings with one race left of the season, Rosberg is expected to claim his first world title this year, meaning his following is likely to grow even further.

Like his team-mate Fernando Alonso, Button is no longer at the peak of his powers – and will take a sabatical at the end of the season – but the 36-year-old was Britain’s great hope at one time and claimed the 2009 world title.

After crashing out of his home GP, Massa has one more race left before he retires. The 35-year-old has found the championship elusive throught his career, but he is sure to go down as one of the most loved drivers in the last decade.

While Nico Rosberg and Lewis Hamilton streak ahead this year, Ricciardo has been the best of the rest and has looked the most likely to break the Mercedes duopoly.

Perez is able to count upon the support of Mexico but remains searching for his maiden victory, five years after his debut race.

The young prodigy only took part in his first race last year, but has wowed supporters with his performances this season, earning a promotion to Red Bull and becoming the youngest ever winner of a GP in Spain.

An incredible race with an amazing comeback to the podium! Hope you enjoyed it just as much as I did #BrazilGP #keeppushing pic.twitter.com/wbq5uh8Xsq

Maldonado has not raced in 2016 after leaving Lotus before they could be reformed into Renault, but the Venezualen is hopeful of securing a team for next season. His following suggests he has not been forgotten.

Rounding off the top 10 is Grosjean, who is languishing in 13th in the drivers’ standings this season after struggling with Haas.

Hum…. Not quite sure about @theDanielSims Mexican style…. #MexicoGP pic.twitter.com/WkMi24wxH4

Ronaldo signed a new contract at Real Madrid last week to ensure he remain the highest-paid footballer in the world, and the Portuguese also tops the pile in terms of social media followers. The former Manchester United man has the most followers on Twitter, Instagram and Facebook by some distance, treating his fans to some wonderfully awkward poses.

With Cristiano Ronaldo and Lionel Messi not getting any younger, Neymar appears certain to claim the throne as the best player in the world over the next five years. Having recently signed a new deal at Barcelona, the Brazil superstar continues to send social media into a frenzy with his silky skills.

Third in the list despite not having an official Twitter account, Messi would probably challenge Cristiano Ronaldo’s spot at the top of the list were the Argentinian to venture into the world of 140 characters.

With the top three way ahead of the rest, Rodriguez is the next best which is perhaps surprising given the Colombian struggles to break into Real Madrid’s starting XI. A much-mooted move to Chelsea or Manchester United would be sure to boost the 25-year-old’s numbers.

The only player in the list not to play in La Liga or the Premier League, Kaka remains an immensely popular player largely thanks to his form for AC Milan, which saw the Brazilian win the Ballon d’Or and enjoy a brief spell as the most expensive player ever.

What a great time playing with these guys

Bale is perhaps surprisingly lower than expected in the list given he spent three years as the most expensive player in world football. The only British player in this list, a new contract at Real Madrid, however, does make the Wales talisman the second highest-paid player in the world.

Despite winning all there is to win with Barcelona and Spain, Iniesta tends to keep a low profile off the pitch, but the mesmeric midfielder remains one of the most popular players in the world.

Germany international and World Cup winner Ozil recently sent social media into a frenzy with his wondergoal for Arsenal against Ludogorets.

Ibra may have struggled for Manchester United in recent weeks, but his public persona and famous self-confidence has attracted plenty of supporters.

Everyone’s favourite Sideshow Bob lookalike, Luiz may not have been Chelsea’s primary target this summer, but the Brazilian has impressed since returning to Stamford Bridge and remains hugely popular among fans of every team.

With Christmas closing in, get some inspiration from the Planet F1 gift shop.