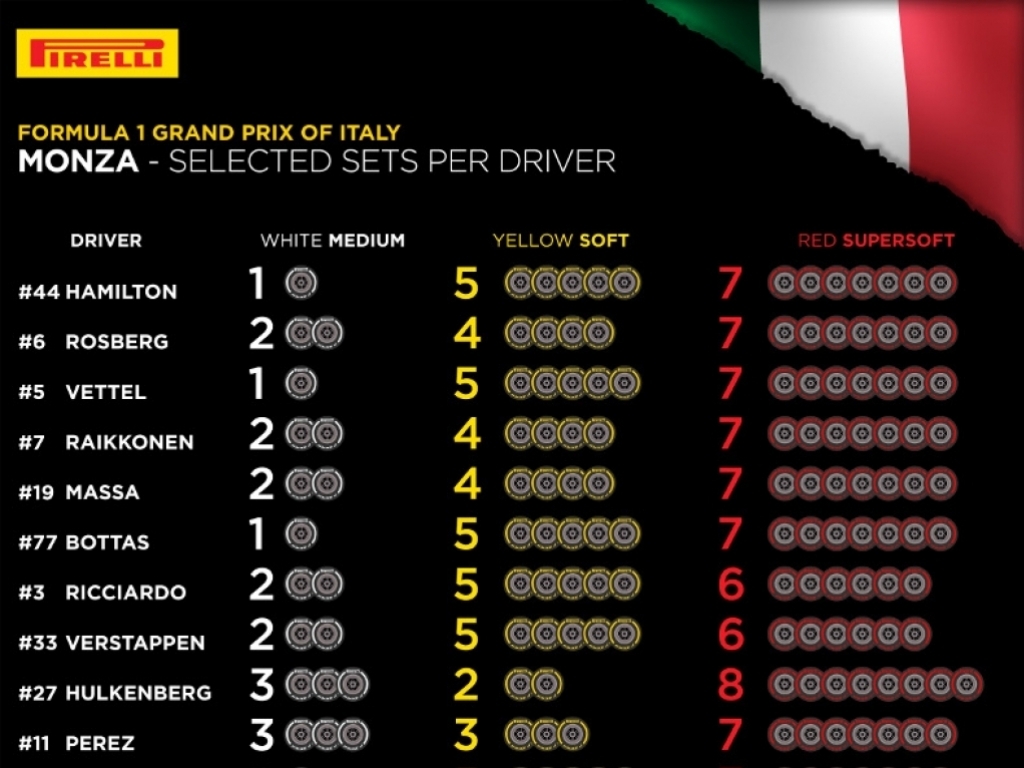 Mercedes and Ferrari have opted for seven sets of the Pirelli supersofts for the Italian GP, however, it is Haas who have gone all in with nine sets.

Lewis Hamilton and Sebastian Vettel have both chosen seven supersofts, five softs and one set of mediums while Nico Rosberg and Kimi Raikkonen has gone with seven, four and two.

Over at Red Bull, Daniel Ricciardo and Max Verstappen will have six sets of supersofts, five softs and two mediums.

But it is Haas who have gone all in on the supersofts.

Romain Grosjean and Esteban Gutierrez will each have nine sets of the red marked tyres, with the Frenchman taking three sets of softs and one medium. Gutierrez has two softs and two mediums.