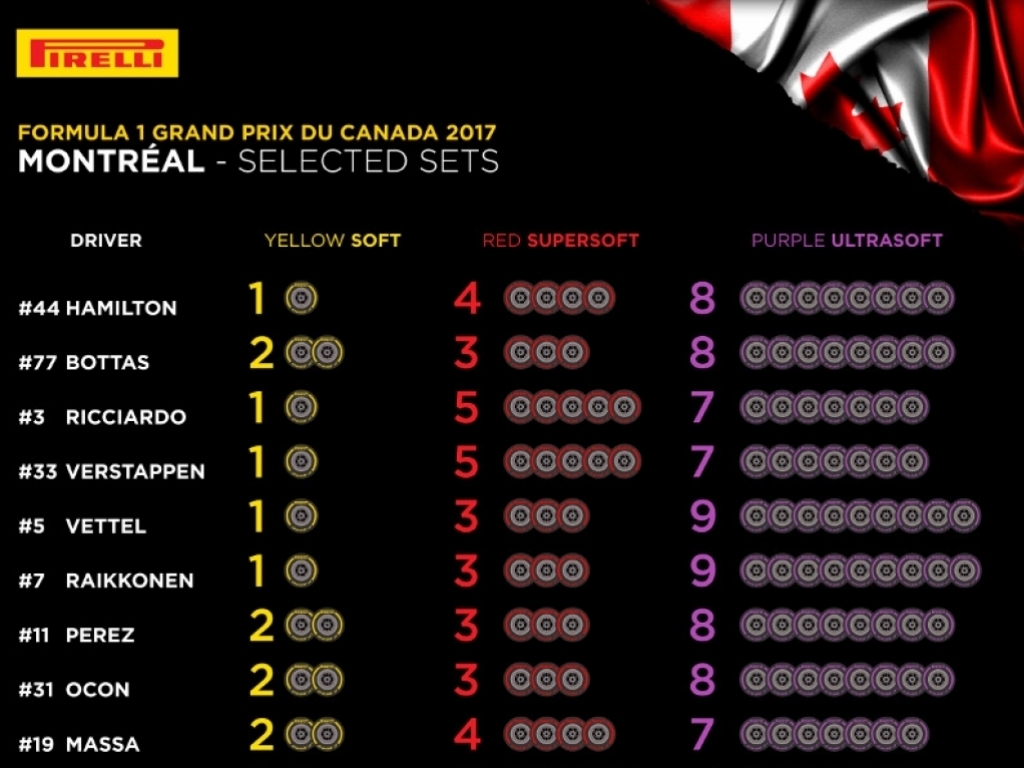 The Formula 1 drivers will take the ultrasofts to Montreal as the bulk of their tyres with McLaren opting for as many as 10 sets.

This year Pirelli have given the teams the choice of their softest tyres around the Circuit Gilles Villeneuve, and it is the softest that is the tyre of choice.

Championship leaders Ferrari are taking nine sets of the purple-marked tyres, three of the supersofts and one soft.

Main rivals Mercedes have opted for a slightly different approach with both Lewis Hamilton and Valtteri Bottas choosing eight sets of the ultras.

Red Bull have taken a more conservative approach with seven ultras, five supersofts and one soft.

The most extreme choice comes from McLaren with 10 sets of the ultrasoft tyres. Ferandno Alonso has two sets of supersofts and one soft with Stoffel Vandoorne taking one supersoft and two softs.