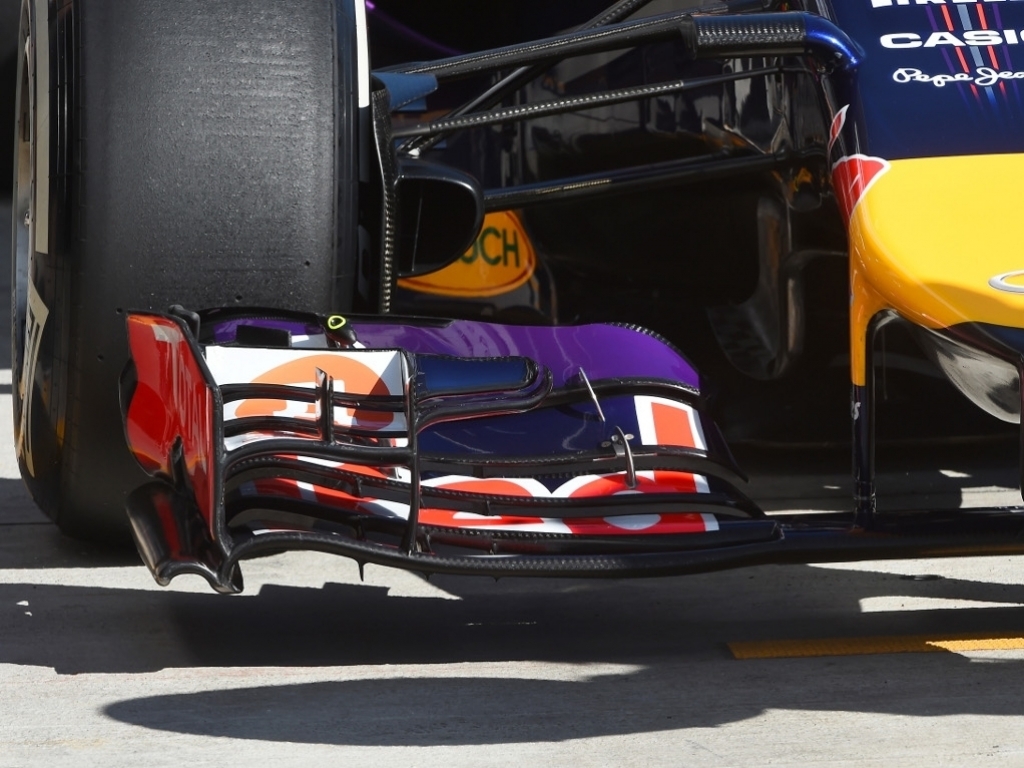 It's enough to make Jo Bauer get his deflection testing equipment out… For a sport that imposes stringent checks on dimensions and flexibility, the current spate of FIA rule reversals and tweaks are very strange.

Jo Bauer is the FIA's technical delegate. He's the man on the ground at grands prix to make sure Red Bull's front wings don't deflect too much under load giving them an unfair advantage in the form of a 'movable aerodynamic device'. Last season he had to issue a warning on too much flexibility at Abu Dhabi and the RB10's front wing was withdrawn.

All last year, F1's engine builders were locked in an acrimonious negotiation about the rules for 2015, with Mercedes insisting that the 2015 engines had to be frozen in February and could not be improved until 2016. Toto Wolff cited the expense that continuous testing and development of engines across a season would bring.

Such was the cast-iron nature of the engine rules that F1 teams running anything less than a Mercedes engine started to get a bit twitchy. Christian Horner even started talking about going back to dinosaur V8 engines in the future: "Nobody likes to go backwards, but sometimes you have got to look," said Horner in a particularly memorable bit of manoeuvring in November.

He attached this argument to the fact that the new teams were struggling for money. "Desperate means require desperate measures, and I think that you are looking at the costs of these power units, how sustainable is it for all the teams and indeed all the manufacturers?"

But what he actually wanted to do was scare Mercedes into allowing concessions for 2015 so that actually Renault and Ferrari could spend even more money on their engines. Saying one thing and meaning another is the classic tactic of Christian's adopted grandfather-figure Bernie Ecclestone – for whom a return to noisy V8 engines would have been more than welcome.

Back then the James Allison Proposition, from Ferrari's technical chief, that the rules didn't state a point in 2015 when they had to be homologated, was given little chance of succeeding. No team would dare to run an unhomolgated engine in Melbourne and then be chucked out by the scrutineers was the accepted view across the paddock.

Then over Christmas, FIA Race Director Charlie Whiting suddenly advised teams that they could homologate engines when they wanted to, effectively unfreezing them for 2015. But, he added, new entrant Honda couldn't. They would have to run the whole season with an engine locked down in February, just as the three other teams had done last year. That was definite. They couldn't make an exception on this.

Except at the end of last week, they suddenly gave Honda the go-ahead to change their engine – via the token system – all season long. Just like the others.

In the wake of Max Verstappen joining the grid for his first full season at the age of 17, the FIA announced changes to the Superlicence system. Drivers in the future would need to be older and have won one of the top single-seater series such as GP2 to gain a Superlicence. They would need 40 points and they could only get that in a single year by winning or coming runner up in GP2, winning IndyCar, EuroF3, or the WEC. Effectively it meant that drivers would need at least two successful seasons in one of F1's feeder series, not just one in GP3 or Renault 3.5.

Now, after howls of protest from Renault, the FIA are saying that they may well adjust the points system they announced. An FIA spokesman told Autosport: "With regards to the points system itself, it is effectively only natural that some adjustments may be done year-on-year."

And what about the grand prix calendar. In seasons past, the following year's calendar was decided around the time of the Belgian Grand Prix and then confirmed and published in September. This year we had the last minute re-entry of the Korean GP in early December and then its exit again in January. Thus the official 20-race calendar was only confirmed in early January, two and a half months before the start of the season.

Bendy engine rules, bendy Superlicence criteria, bendy grand prix dates – it would seem that Jo Bauer and his inflexible rule for front wings is the one thing that can be counted on for absolute rigidity with the FIA these days.